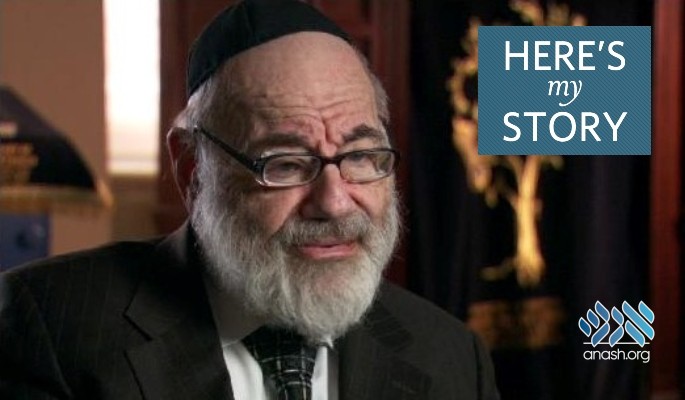 When Rabbi Zevulun Charlop’s mother suddenly became ill and lost her sight, doctors recommended a risky procedure. But first, they had to ask the Rebbe.

Rabbi Zevulun Charlop is Dean Emeritus of RIETS, the Rabbi Isaac Elchanan Theological Seminary at Yeshiva University, where he has taught for over thirty-five years. He was interviewed in May of 2012.

During the fast of Tisha B’Av in 1958 my mother – Chaya Sarah – became very ill. She was a very pious woman who felt deeply the pain of this day when we mourn the destruction of the Temple in Jerusalem, and she would recite the lengthy prayers called Kinot with tears in her eyes. As she was praying, she experienced a terrible headache and suddenly lost her sight.

She was home alone in New York at the time because my father, Rabbi Yechiel Michel Charlop, was in California, and I was visiting my in-laws in Buffalo. But she had the presence of mind to grope for the phone and call a friend whose son was a neurosurgeon.

The son, Dr. Sheldon Katz, rushed right over, and so did I as soon as I was notified of what happened. Meanwhile various specialists were consulted; they were not sure what was happening to her – maybe it was a stroke or a ruptured aneurysm – but, whatever it was, she was likely hemorrhaging and her condition was grave. An operation to stem the blood leakage was required, but she might not survive it.

In the end, they managed to engage the services of Dr. Morris Bender, a world-renowned expert and chairman of the neurology department at Mount Sinai Hospital, who reached my parents’ house before midnight. His prognosis was less bleak than that of the other doctors and he was against immediate surgery, but he insisted that she be hospitalized so that various tests could be administered.

The tests were of no help however; the actual reason for my mother’s pain and blindness could not be found. And at this point, Dr. Bender said that he would like to do an angiogram of her brain. Angiograms – where radio-opaque fluid is injected into the blood stream so that an x-ray can be taken – were relatively new at the time and carried considerable risk. Ten percent of the people who underwent angiograms died.

I knew the risks very well. In fact, one of my teachers, Rabbi Yeruchim Gorelik, was given an angiogram which sent him into a coma that lasted a year-and-a-half. But Dr. Bender insisted.

While we were deciding what to do, my mother requested that Rabbi Baruch Putterman, a family friend and noted Lubavitcher chasid, ask the Rebbe whether or not they should go ahead with the angiogram. My mother had never met the Rebbe herself, but she had heard a great deal about him and she trusted that he would help us make this very important decision.

Rabbi Putterman reported back that the Rebbe had said: “Find a doctor who thinks you shouldn’t take the test.”

He didn’t tell us to get a better doctor, and he also didn’t overrule Dr. Bender directly and advise against the angiogram. He wanted us to find another doctor who would tell us not to do it. So we needed to get another opinion.

When we told this to Dr. Bender, he got very angry. “Are you crazy?” he shouted at us. “I have kept your mother alive.” (This was true; the other doctors thought there was little hope, but he had hospitalized her and supervised her care.) “So how can you now question my judgment? It’s important for her health that we understand what is going on inside her brain because this will help us know what to do. If we don’t understand what’s going on, we may not be able to save her.”

My father wanted to go along with Dr. Bender; he feared that it was foolhardy to listen to the Rebbe, who had been leading Chabad for less than a decade, while disregarding the opinion of the top neurologist in the country. But my mother stubbornly refused to listen. She was a very strong-willed woman, and despite Dr. Bender’s objections and my father’s reservations, she insisted we follow the Rebbe’s instructions.

When Dr. Bender saw that she was unmovable, he agreed to have another doctor examine her, but he specified that he would only respect the opinion of two – Dr. H. Houston Merritt, the physician of President Dwight Eisenhower, or Dr. Sam Bernard Wortis, professor of neurology at the NYU School of Medicine and director of neurological services at Bellevue Medical Center.

Dr. Merritt was then tending to President Eisenhower following his stroke, but Dr. Wortis agreed to come that afternoon. However, he warned us, “I can’t imagine going against Dr. Bender.”

After Dr. Wortis examined my mother and reviewed the medical records – which were extensive as, by then, my mother had been hospitalized for two weeks and had undergone many tests – he began pacing the hallway.

What was he doing? “I’m thinking whether to go against Bender,” he replied. “I have to weigh if this angiogram would really uncover anything that would change her condition. Dr. Bender thinks that maybe we will find something that we don’t know about. But, after weighing the odds, I don’t think it’s worth taking the risk.”

Because of Dr. Wortis, Dr. Bender stopped insisting on the angiogram. About a week later, my mother regained her sight on her own. She picked up the prayerbook which she kept by her side in the hospital and started reciting the prayers.

And that was the happy ending to this dramatic story which might have ended quite differently if my mother had not insisted – despite the experts – that we follow the Rebbe’s advice.