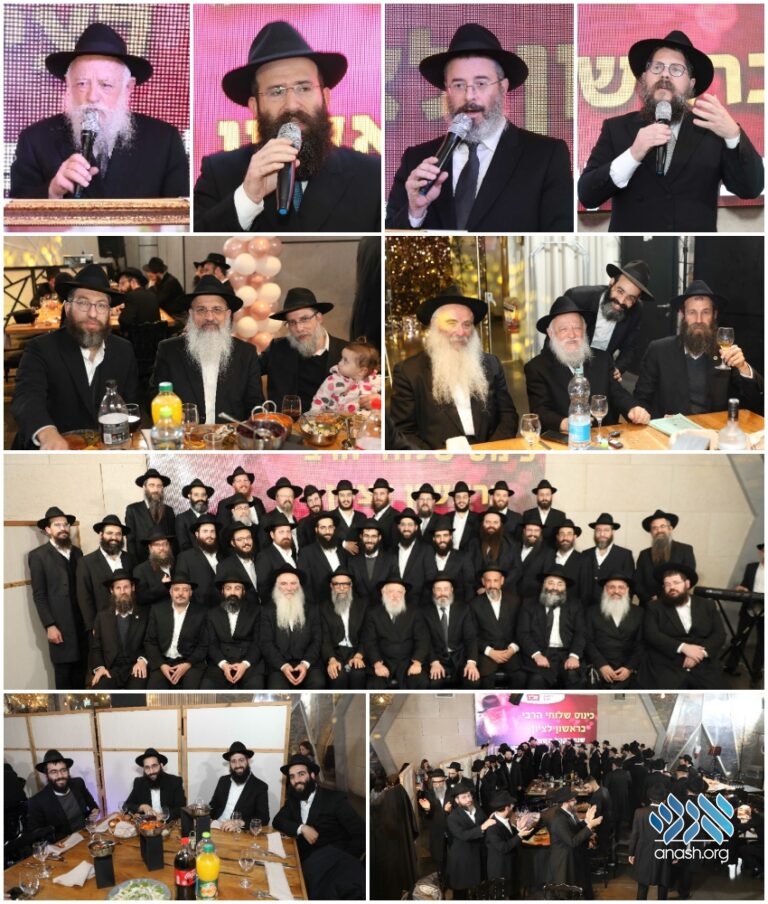 The shluchim of Rishon Leziyon gathered for a kinus with over 50 people in attendance. The night was dedicated to announcing new city-wide programs and discussing challenges and successes.

Over 50 shluchim from Rishon Leziyon gathered Motzei Shabbos for a Kinus Hashluchim, focused on new city-wide programs, sharing updates from the various neighborhoods, with special wishes shared by the city’s Mayor.

Over 50 shluchim from Rishon Leziyon gathered Motzei Shabbos in the city’s magnificent LEO halls for a citywide Kinus Hashluchim.

Rabbi Yanon Sasson who emceed the event began the evening by inviting Mayor Raz Kinstlich to address the gathering. The mayor offered praise and encouragement to the shluchim and emphasized that he would continue to help and support the shluchim throughout the city.

During the highlight of the program, Head Shliach Rabbi Yitzchak Gruzman announced plans to expand and strengthen the city’s shlichus and impact their communities. Following the announcements, the kinus roll call was held in which Rabbi Gruzman introduced all of the shluchim who work in over 25 neighborhoods around Rishon Leziyon.

During the program, a series of short videos were screened featuring eight shluchim who joined the team of Rishon Leziyon shluchim in the last two years. The featured shluchim shared updates about their neighborhoods and their activities.

Rabbi Gruzman also thanked Rabbi Sharon Goshen, who in addition to being a shliach in the northern Rambam neighborhood has also initiated many of the city-wide activities and events for shluchim, including a Hakhel event that is in the works.

At the end of the evening, group photos were taken of the shluchim and a raffle was held for a trip to the Rebbe.