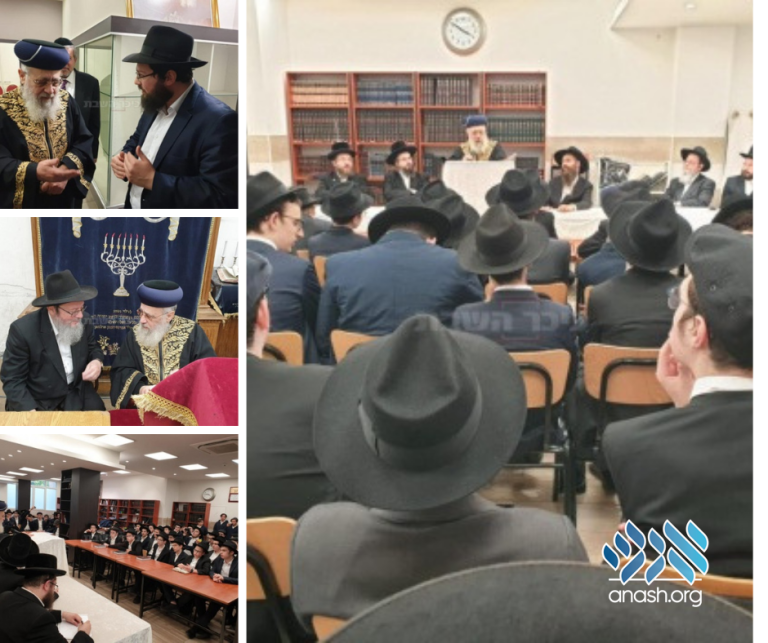 Sefardic Chief Rabbi Yitzchak Yosef was a guest speaker at the CER conference this week. He also visited Chief Rabbi Harav Dovid Moshe Lieberman and many other institutions; Ashkenazi and Sefardi, Charedi and Modern Orthodox.

Yeshivas Lubavitch Antwerpen organized a beautiful reception for the Rishon Lezion. Rabbi Yosef spoke to the bochurim about their responsibilities as temimim and chassidim of the Rebbe.

Shliach Rabbi Shabtai Slavaticki accompanied Rabbi Yosef on many of his stops around town, and also held a private reception for him with his family.