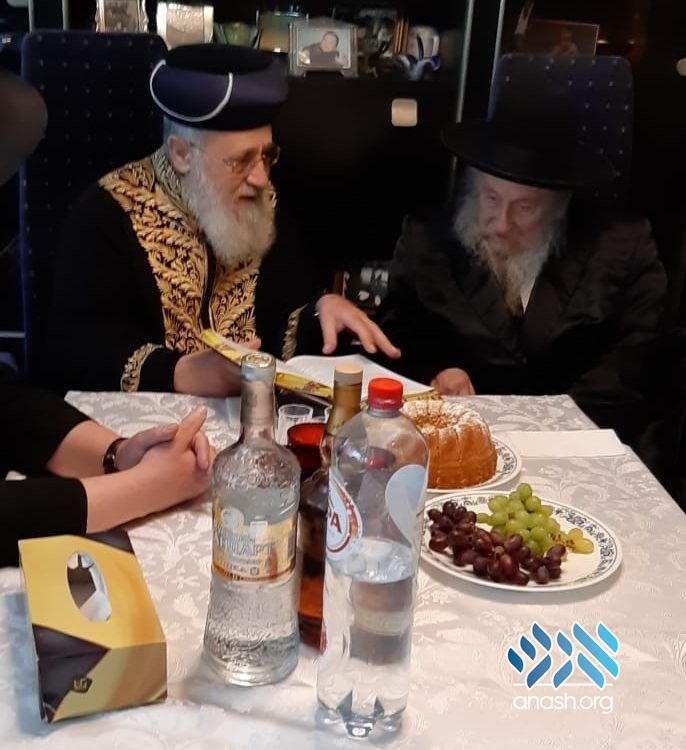 The rabbonim discussed local issues, as well as the situation of Jewry in general. They also spoke about the late Rav Shlomo Yosef Zevin, who the Chief Rabbi remembered from his youth.

Rav Yosef was a guest speaker at the 31st annual Conference of European Rabbis convention today, as was Harav Lieberman. Rabbi Lieberman has been Chief Rabbi of Antwerp since 5741/1981, and was appointed after the passing of Rabbi Hillel Medalie in 5738/1977.

Rabbi Lieberman is one of the last remaining talmidim of Rabbi Zalman Schneersohn of Paris, who was mekarev many young refugee bochurim to Chassidus.