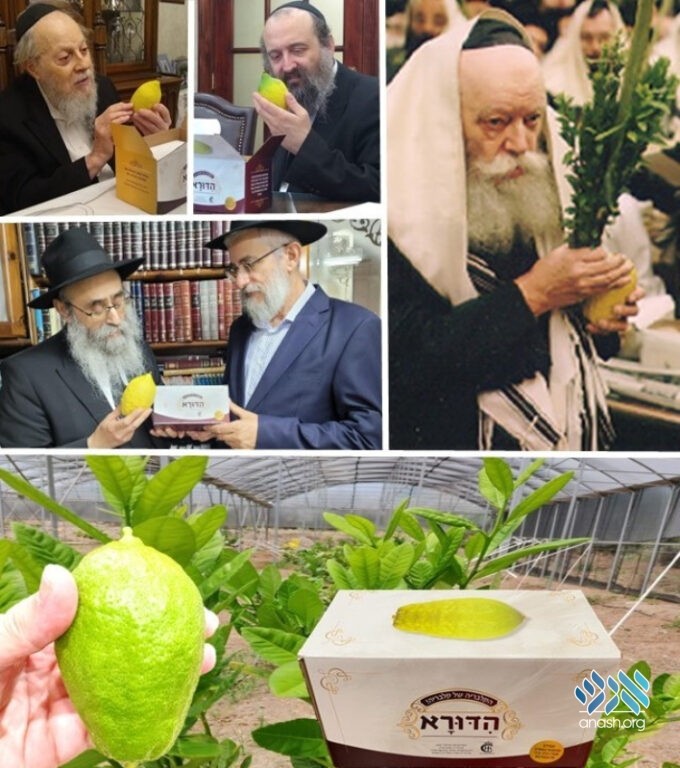 Up to this year, you needed to choose either an Esrog from Calabria (Yanover Esrog) or an Esrog from the seeds of the Rebbe’s Esrog grown in Eretz Yisroel. For the first time, you can now have both in one.

For many generations, the “Yanover” Esrog has been the gold standard for Chasidim. However, due to the Rebbe’s concern about the integrity of the Yanover Esrogim the Rebbe sent his own Esrog to be re-planted in Kfar Chabad.

This led Chassidim to a dilemma. Every Chosid would love to perform the Mitzvah on an Esrog that was grown from the Rebbe’s Esrog, yet it is hard to abandon the tradition of making the Brocho on a Calabrian grown Esrog. Many would buy one of each, while others would suffice with just one of them.

For the first time ever, we can have both advantages without compromise!

Thanks to known Chabad Esrog dealer Betzalel Yakont of Kfar Chabad, a new orchard in Calabria was bought, and under the strict supervision of the CHK, leading Chabad Rabbonim, along with the Badatz Edah Hachareidis, seeds from the Rebbe’s Esrogim were re-planted in the rich “Yanaver” soil.

Remarkably, this is the first time that the Badatz Edah Hachareidis are giving their Hechsher on Yanover Esrogim. They have never done so previously since they were not able to authenticate the Kashrus of the Calabria grown Esrogim beyond doubt. In this case, however, their professional Agronomists and Mashgichim supervised the process from beginning to end, even demanding 24/7 video surveillance to ensure that no grafting or the like will take place.

The Orlah period expired 6 months ago, and after removing all the Orla fruits from the trees, the trees were nurtured to grow their first usable crops.

Exactly 94 Esrogim suitable for the Mitzvah were harvested this summer. With Hashem’s help, the orchard is expected to grow a few thousand for next year, and tens of thousands in the future.

For this year, many of Esrogim are being gifted to the Rabbonim who have so painstakingly supported and facilitated the project all along as well as Roshei Yeshiva and Mashpiim.

Of the few Esrogim that were shipped to America, there are exactly 25 currently available for purchase.
To purchase, use this link https://forms.gle/MVLZ3qMsQQhgUsj78