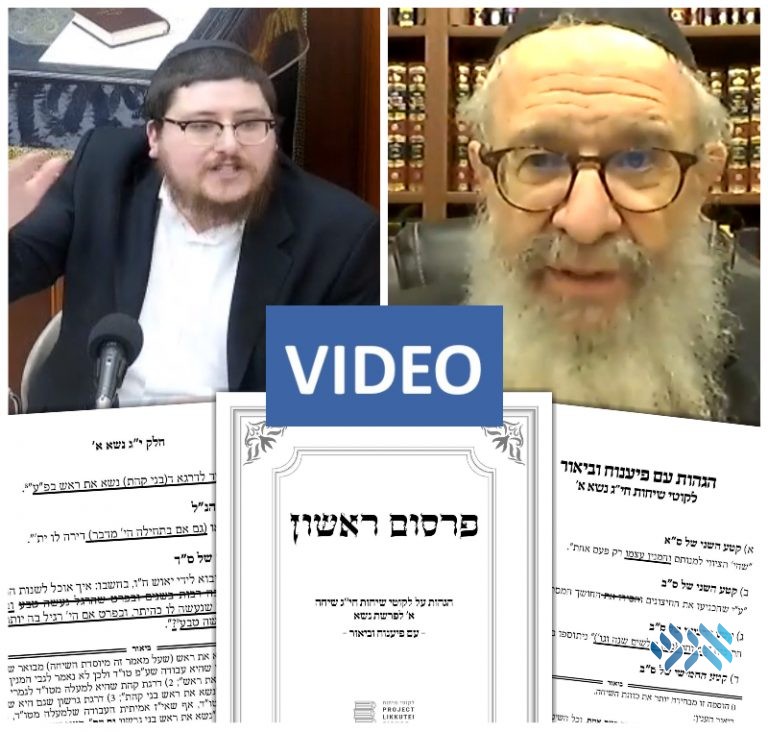 During a shiur on Likkutei Sichos, Rabbi Leibel Schapiro revealed some of the Rebbe’s edits on the early drafts of the sicha. The revelation quickly ballooned into a groundbreaking publication and numerous in-depth classes.

During a weekly shiur on Likkutei Sichos, Rabbi Leibel Schapiro revealed some previously-unknown edits of the Rebbe on the early draft of the sicha. The new revelation was excitedly welcomed by Lubavitchers worldwide, who took the opportunity to delve into the Rebbe‘s words in a revolutionary way.

The shiur by Rabbi Schapiro was given on the sicha in Likkutei Sichos Chelek Yud Gimmel on Parshas Nosso, the sicha being learned by hundreds worldwide who are participating in Project Likkutei Sichos.

During the shiur, Rabbi Schapiro said, that being that he had access to the Rebbe’s edits on a earlier draft of the Sicha, he will share them during the shiur, in order to better understand the final version presented in Likkutei Sichos.

Hearing of the new edits that were brought to light for the first time, the organizers of Project Likkutei Sichos were not going to let them remain only in middle of a video shiur. They sat together and worked on transcribing the treasured edits and publishing them in a booklet format.

Not satisfied with merely transcribing the edits, the editors took it a step further and wrote explanations and notes on the Rebbe’s concise edits, explaining what and why the Rebbe removed or added words or passages.

The final product is a 15 page booklet delving into the the Rebbe’s words, edits and even what the Rebbe crossed out. Each is closely examined, with the knowledge that when the Rebbe edited, it was with an unmatched precision.

In addition, a series of three shiurim was given by Rabbi Moshe Gourarie on the sicha alongside the newly-revealed edits, giving the opportunity for anyone who so desires to immerse themselves in the Rebbe’s holy words and understand the exactness in each word and phrase in Likkutei Sichos.

A special thank you goes to Rabbi Moshe Gourarie of Pomona, Rabbi Moshe Marinowsky, Rabbi Levi Telsner, and others who invested much time and effort into publishing the booklet.