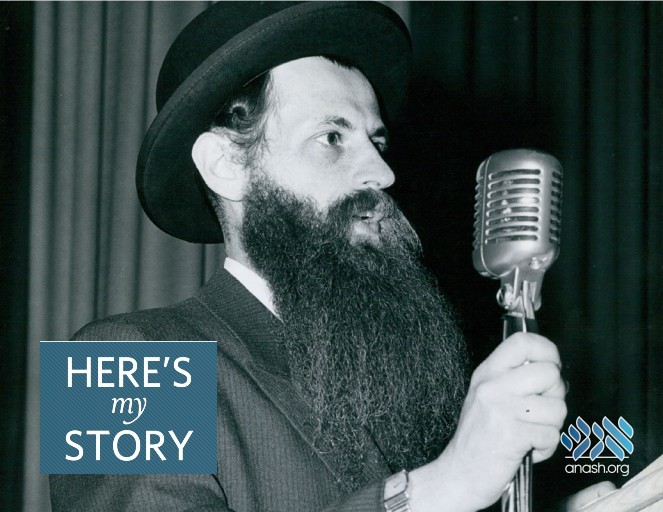 Rabbi Hershel Feigelstock served as principal of the Lubavitch Yeshiva in Montreal for forty years. He recalls a time when he was on the verge of calling it quits.

Rabbi Hershel Feigelstock served as principal of Tomchei Temimim, the Lubavitch yeshivah in Montreal, from 1953 until his retirement in 1993. Since then he has continued to serve as the president of the school’s board of directors. He was interviewed in July of 2010.

After I became the principal of Tomchei Temimim, the Lubavitch yeshivah in Montreal, every year I brought students to meet and be as inspired by the Rebbe as I was.

The first time, in 1953, I brought about fifty students and handed in a list of their names to the Rebbe. In addition, I made sure that every student made a donation as is the custom, and towards that end I collected one dollar from each.

After the group audience ended and the students walked out, I remained for a private meeting with the Rebbe, who was displeased. “How could you have done this?” he asked, looking at me sternly. “You didn’t consider that the students might get the wrong impression? That they might begin to think that a blessing requires payment?”

The next year, when I again brought fifty students to see the Rebbe, I dipped into my own pocket and made a donation of fifty dollars on their behalf.

But, even so, the Rebbe questioned me to make sure that I had done it properly so that each student had the spiritual benefit of giving charity before receiving a blessing. He wanted to confirm that I had transferred ownership of the money to the students before I handed it to him. That way the donation was coming from the students, but there was no concern that they would come away with the wrong impression since I had supplied it.

Another year when I brought the students there was a surprise. Following the audience – which usually featured a talk by the Rebbe – a chozer (an official recorder of the Rebbe’s talks) would write up what the Rebbe had said and I would submit it for his approval. Once the Rebbe made his edits, I would have the text printed and would give it out to the students as a memento. But this time the Rebbe was surprised when I asked him to edit the transcript. “It’s not necessary,” he said. “Since there is a recording, you can listen to it and print a precise transcript from there.”

I responded that we did not have a recording; in any case, I knew nothing about it.

Afterwards, I asked the students and it turned out that one boy, hiding in the back, had recorded the session.

As always, nothing was hidden from the Rebbe, who took note of everything that was going on, and who knew how to best advise me when problems arose.

On one occasion, I didn’t see eye to eye with one of my teachers and there was tension between us. When I brought it up with the Rebbe, I found that it was not news to him and that he was already informed on what was going on.

This made me think and I realized how right the Rebbe was. An argument requires two people – you can’t have a fight with yourself. Therefore, if two people fight, both are guilty to some extent. With that in mind, after I left the Rebbe, I tried to straighten things out with this teacher.

Another time, a different teacher complained to the Rebbe that he couldn’t make ends meet because the yeshivah did not pay him an adequate salary. When I saw the Rebbe, he asked me about the possibility of giving this man a raise.

Upon hearing that, the Rebbe sighed. He said, “Ich hub nisht kein geshmak tzu machen a yungerman eing – I take no pleasure in burdening this young man.”

Eventually, dealing with all these issues became too hard for me, and there came a time when I felt that I couldn’t continue as principal. There were too many problems with which I could not cope. So I took the train to New York to tell the Rebbe that I planned to quit.

However, when I arrived, the Rebbe’s secretary told me in no uncertain terms that an audience was not possible on such short notice and without a previous request. “Absolutely not! You can’t go in tonight,” he declared.

I argued that I just endured a journey on the train of more than twelve hours, but nothing helped. Still, I wouldn’t take no for an answer, so I wrote a note to the Rebbe, explaining that I had come to see him with a heavy heart and I added my note to the stack of mail I knew he was sure to review. As a result, I was granted an audience and admitted into the Rebbe’s office somewhere between midnight and 1 a.m.

Once in the Rebbe’s presence, I related the entire situation that led to my decision to quit, concluding with, “I ask that the Rebbe should free me from being the principal.”

“And who do you think will take over for you?” the Rebbe asked.

I had no answer so I just shrugged.

The Rebbe gave me a big smile and said, “My father-in-law, the Previous Rebbe, once said that the hour following midnight is a silly hour. But such silliness I never imagined! If I would have known why you wanted to see me, I wouldn’t have given permission. Go in good health, carry on and be successful!”

So this is how I came to continue. I ended up serving as principal for over forty years.