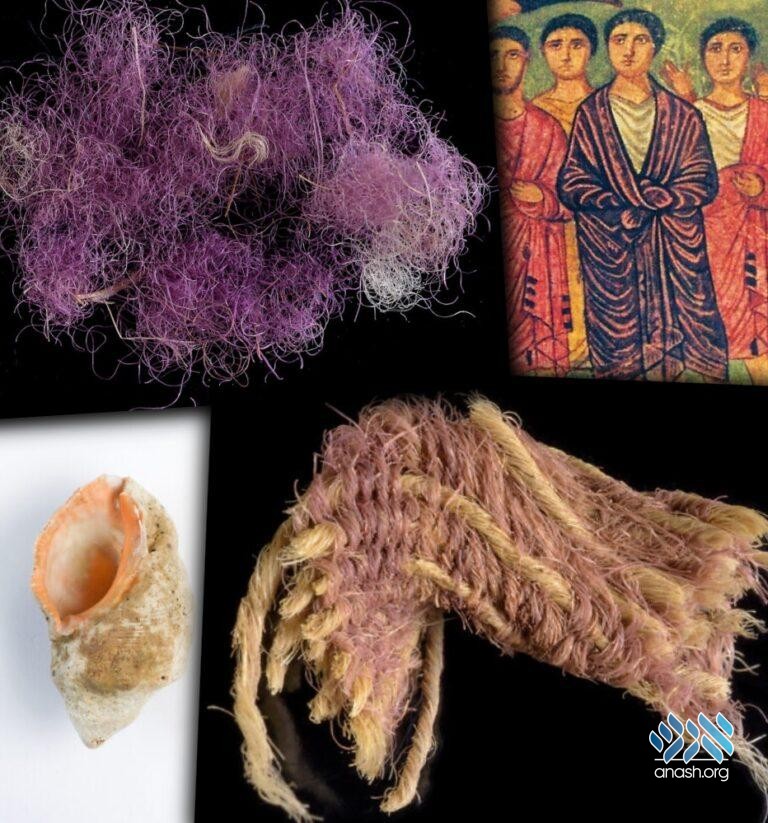 Israeli researchers and archaeologists have uncovered scraps of fabric dyed in royal purple of the kind used in building the Mishkan and by Shlomo Hamelech.

Israeli researchers and archaeologists have uncovered scraps of fabric dyed in royal purple, dating back 3,000 years to the era of Dovid and Shlomo Hamelech.

The recent discovery sheds light on the purple wool used in building the Mishkan, and mentioned numerous times in Tanach. The purple color known as “Argaman”, is extracted from a type of Mediterranean sea snail and was generally associated with royalty.

The discovery was made while researchers were examining colored textiles from Timna Valley, an ancient copper production district. Direct radiocarbon dating confirms that the finds date from approximately 3000 years ago.

This is the first time that a woven fiber dyed royal purple from that era has been found in Israel or anywhere else in the region. Until now, the earliest textile evidence of the royal purple dye, were dated to at least 1,000 years later in the Roman period, when it was highly valued.

“This is a very exciting and important discovery,” said Dr. Naama Sukenik of the Israel Antiquities Authority. “In antiquity, purple attire was associated with the nobility, with priests, and of course with royalty. The gorgeous shade of the purple, the fact that it does not fade, and the difficulty in producing the dye, which is found in minute quantities in the body of mollusks, all made it the most highly valued of the dyes, which often cost more than gold.”