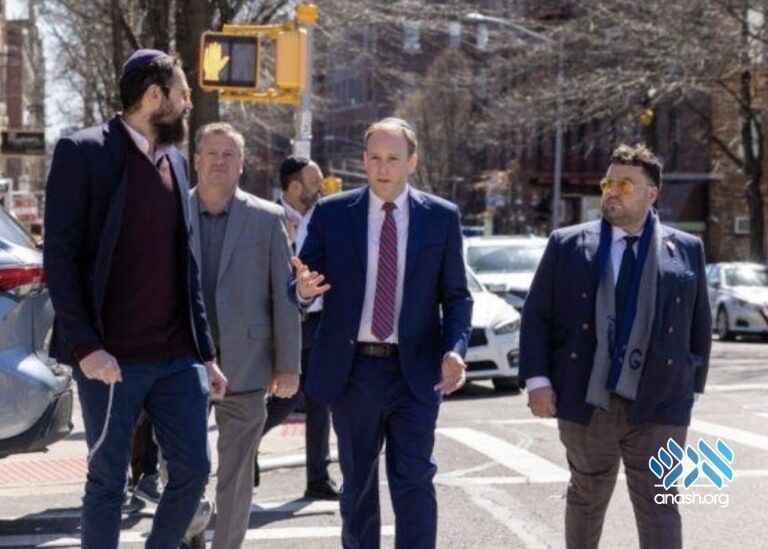 Today, at 11:45 a.m., Congressman and Republican Party nominee for governor Lee Zeldin will be joined by local Jewish Community leaders outside the Jewish Children’s Museum, to speak out against recent violent antisemitic attacks.

On Friday, September 2, 2022, at 11:45 a.m., outside the Jewish Children’s Museum, Congressman Lee Zeldin (R, NY-1), co-chair of the House Republican Israel Caucus and one of two Jewish Republicans in Congress, will be joined by local Jewish Community leaders to speak out against recent violent antisemitic attacks, the spread of antisemitic hate throughout New York and the lack of serious consequences and punishment for those who commit hate crimes against Jewish New Yorkers.

A recent report from Americans Against Antisemitism details that of the hundreds of hate crimes committed against Jewish New Yorkers since 2018, only one of the offenders has served even a single day in prison. New York State led the entire nation in antisemitic incidents in 2021, and in the span of less than two weeks in May, there were three antisemitic assaults in Brooklyn alone.

The most gruesome incident came at the corner of Utica Avenue and President Street, where a young Rabbi was punched and kicked in the head, had antisemitic slurs shouted at him, and was forced to go to the hospital due to his injuries. Additionally, in July, a leader in the Jewish community was violently attacked in Crown Heights in front of his young son.