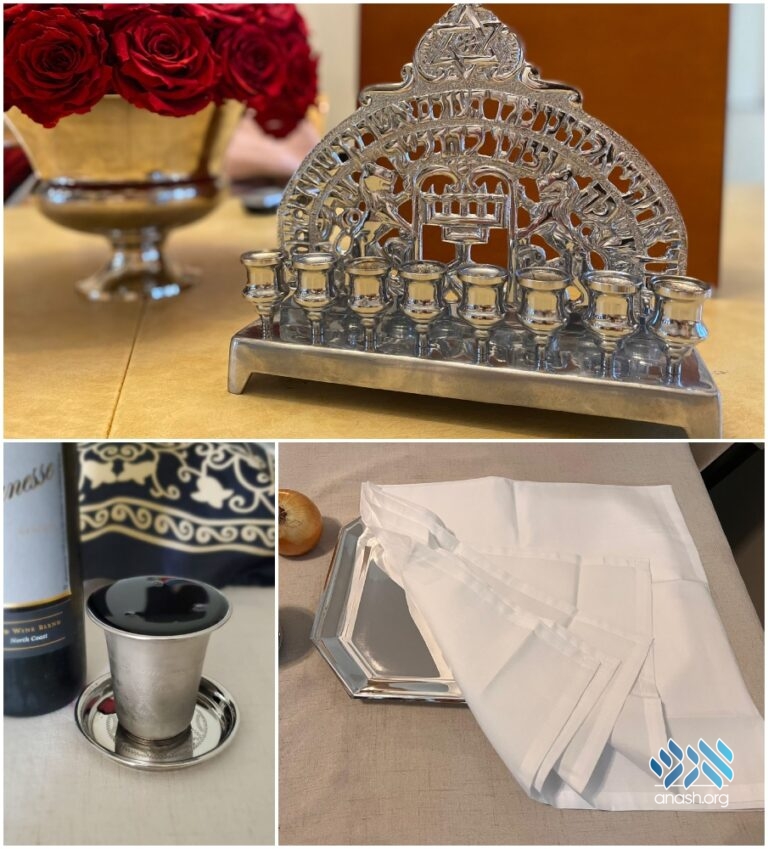 Replicas of the Rebbe’s Chanukah menorah, becher, and tray and cloth used for for the Pesach ka’arah were recently produced and are on sale for the duration of the Kinus Hashluchim.

Replicas of three Judaica items used by the Rebbe were recently produced and are being sold for the duration of the Kinus Hashluchim.

Throughout the years of his nesius, the Rebbe was gifted a number of expensive and exquisite Judaica items, including a golden menorah and items made out of silver. Nonetheless, the Rebbe generally used simpler items, choosing to light a simple metal menorah, and using an unobtrusive silver becher and ka’arah.

In recent years, the Central Chabad Library has put many of the Rebbe’s items on display, and a group of bochurim took the opportunity to create replicas. In time for the Kinus Hashluchim, the items are now being offered for sale.

The replicas are being sold in front of 770 on Thursday night and throughout Sunday.