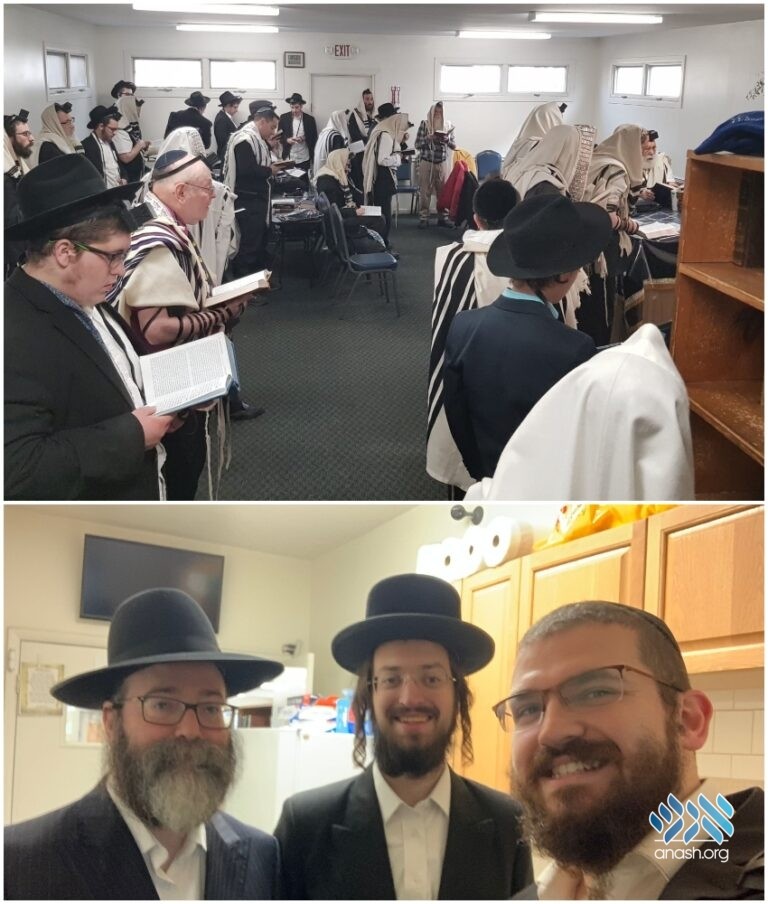 For decades now, Jews traveling the northern corridor between New York City and Montreal have appreciated the well-located “Shteeble” in Albany for davening, directions and kashrus.

“Traveling I-87? Make sure to stop at the Shteeble in Albany!” For decades now, Jews traveling the northern corridor between New York City and Montreal have appreciated the well-located “Shteeble” (officially, Shomray Torah) in Albany for davening, directions and kashrus. Now the Shteeble is asking for help to improve &  sustain its facilities with its pre-Chaggim campaign “The Great Shteeble Makeover.”

On any given day, it’s not unusual to see the small local minyan supplemented with travelers from Crown Heights, Williamsburg, Lakewood, Monsey or Montreal. The nature of the davening itself might change depending on which of these travelers steps up to the Amud. Says Tuvia Levin, Vice President of Shomray Torah, “The travelers depend on our minyan, and our minyan depends on the travelers. We’re all bound up as one community in a funny way.”

What’s the back story to the Shteeble? How did it come to be such a stalwart oasis for wayfarers? Shomray Torah was established more than 70 years ago as a lay-led neighborhood minyan. Rabbi Israel Rubin, Capital Region Chabad Head Shaliach, who has been the rabbi of the shul for the last 40 years, has made an effort over the years to let travelers know about the shul, dubbing it the “I-87 Northway/Thruway Shul”. Rabbi Rubin regards the diverse crowd to be a beautiful example of achdus, and he’s very proud that Albany’s location makes it a natural host.

The minyan moved into its New Scotland Ave building around 1970. There was an expansion in 1980, but the small community has not been able to make many capital improvements since that time. “The Great Shteeble Makeover” is looking to fix up the well-used shul in a myriad of ways. Planned improvements include new flooring, lighting, kitchen, bathrooms, bookcases, siddurim, furniture, accessibility and security.

“This is a great shul that means a lot to so many people. It serves the amazing community I now call home, as well as travelers from around the world,” says Myles Melnicoff, Co-Chair of the Renovation Committee.

Both frequent and occasional travelers are being asked to join in to help with this important Hiddur Mitzvah opportunity. The campaign begins Sunday, Sept 18 and can be found at www. greatshteeblemakeover.com.