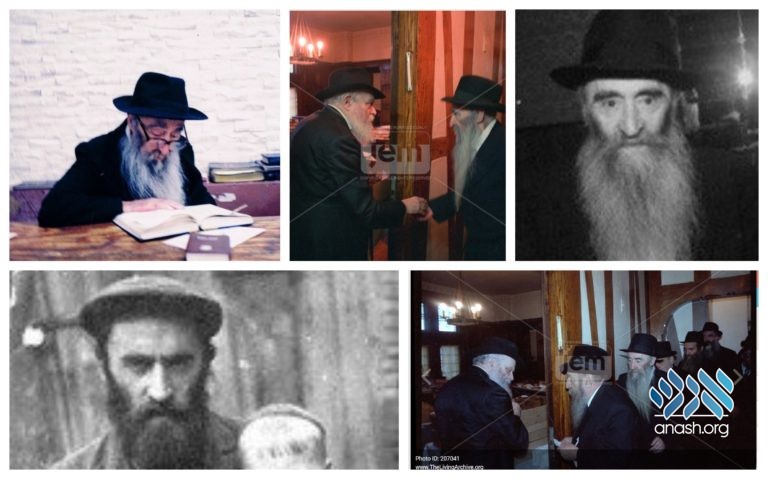 Young Tzemach Halevi Gurevitch was orphaned at the age of twelve or so. His father the chossid Reb Itche der Masmid was often traveling around collecting ma’amad and teaching Chassidus. When he was “home” he was spending most of the day learning and davening. Tzemach would often join him on his travels.

For Tishrei 5678/1917, Tzemach traveled to Rostov to be with the Rebbe Rashab. He recalled 300 men packing into a room that could barely hold 50, and water dripping from the walls and ceiling due to the great heat generated by the mass of people. He merited to enter into yechidus that Tishrei and always remembered that the Rebbe Rashab told him the posuk “Ki Lekach Tov Nosati Lochem.” This, after his father, complained to the Rebbe Rashab that Tzemach’l doesn’t like to learn Torah.

In 5693/1933 he married Chana Rivkah, the daughter of Reb Aron Tumarkin, rov of Kharkov. Over the next few years, he managed to avoid chillul shabbos by arranging to work from home by manufacturing sweaters. The next few years passed by relatively quietly for Reb Tzemach and his family.

On Shushan Purim 5699/1939 Reb Tzemach was arrested with several other Chassidim from Kharkov. This, after many of them would hide out and not sleep at home for fear of arrest. That day was a holiday and they figured it was safe for them to be at home, but the KGB chose that day intentionally, knowing they’d be easy prey. Soon, the Yomtov Pesach came along. There was no matzos or wine or kosher food on Pesach, so he fasted for eight days, as did some of the other prisoners. Later that year, after much interrogation and torture, he was sentenced to some 3-4 years of hard labor in Siberia.

In the next few years he was saved several times from certain death, and finally, in 1946, after reuniting with his family that has escaped to Samarkand, he too was part of the Eshalonim (caravans) that escaped Russia using Polish passports. As an escaped convict he was especially wanted, but miracle of miracles: his train didn’t stop at the border as the others did, so the Soviet police could not catch him.

From there he joined a group of shochtim that traveled to Ireland to shecht and supply meat to Eretz Yisrael. He and his family joined the group that traveled to France, but instead of joining the groups headed to the US and Eretz Yisrael, he traveled to Cuba, where the Government was encouraging immigration and granting very attractive benefits packages to those who would come to live there.

After seeing the situation with Yiddishkeit there, Reb Tzemach and his wife were ready t leave after a short while, but the Frierdiker Rebbe saw it as an opportunity to spread Yiddishkeit among the over 10,000 Jews who had very little as far as religious services. For some two years, he worked as shochet as well as to repair whatever mikvah was still in service there. His work bore fruit and many were influenced to live a life of Torah and Mitzvos.

ut Reb Tzemach wanted very much for his daughters to receive the chinuch they were so lacking, so he requested and received permission from the Frierdiker Rebbe to join his colleagues in New York, near the Rebbe. The Frierdiker Rebbe enlisted the help of his secretary, Reb Moshe Leib Rodshtein, who was also Tzemach’s uncle to arrange the necessary paperwork. Unfortunately, the Frierdiker Rebbe was nistalek in between and Reb Tzemach and family didn’t arrive until Adar of 5710/1950. After arriving in New York he worked for many years a shochet.

Reb Tzemach’s hiskashrus to the Rebbe was unique. On Erev Rosh Hashonoh, 5711/1950, he was one of the few who joined the Rebbe at the Tziyun of the Frierdiker Rebbe in the pouring rain. He would avoid going to the Rebbe for Kos Shel Brochoh and dollars, saying that he doesn’t wish to “steal the Rebbe’s precious time.” Only much later in life did he agree to sit upfront by the farbrengens, and only some two rows behind the Rebbe.

After retiring he would spend his time learning; He said very little about his past, despite the great accomplishments he had in the public sphere, as well as his own personal achievements.