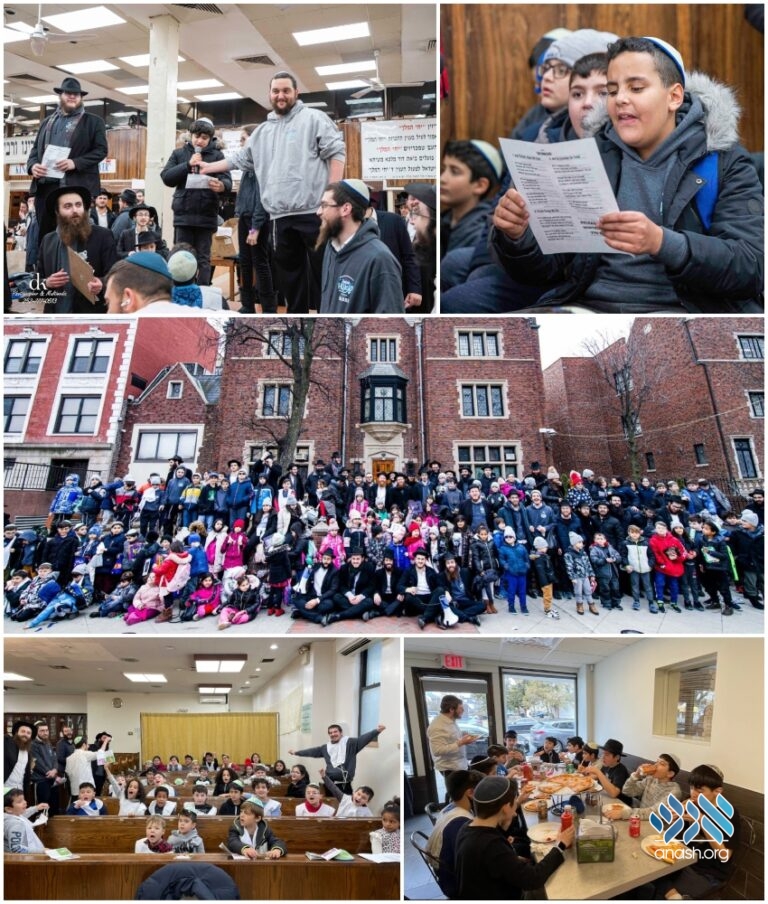 150 Boys and Girls hailing from Queens, Brooklyn and Staten Island to enjoy a full week of Jewish Pride and fun at the Released Time camps.

150 Boys and Girls hailing from Queens, Brooklyn and Staten Island to enjoy a full week of Jewish Pride and fun at the Released Time camps.

On Tuesday, the children got a tour of Crown Heights, making stops at the Sofer Stam, Kingston Pizza, and 770 for a picture and rally.

“The most fun trip was coming to 770 and eating at the Kosher Pizza shop,” said Haley from PS.167.

Under the directorship of Rabbi Sadya Engel, each camp is led by a dedicated group of Released Time Bochurim who every Wednesday go to the public schools and teach the children about Yiddishkeit and Mitzvahs.

“There is a tremendous sense of Jewish unity and pride during camp. The kids get to experience a full day of Yiddishkeit and just have fun,” Engel remarked.

Released Time would like to thank Rabbi Mordechai Hecht and Anshei Shlomo Chabad – JCC for hosting the Queens camp and United Lubavitcher Yeshiva Ocean Pkwy for hosting the Brooklyn camp.

Special thanks are also given to Chaim Piekarsky and Mendel Turk for spearheading many of the camp’s responsibilities.