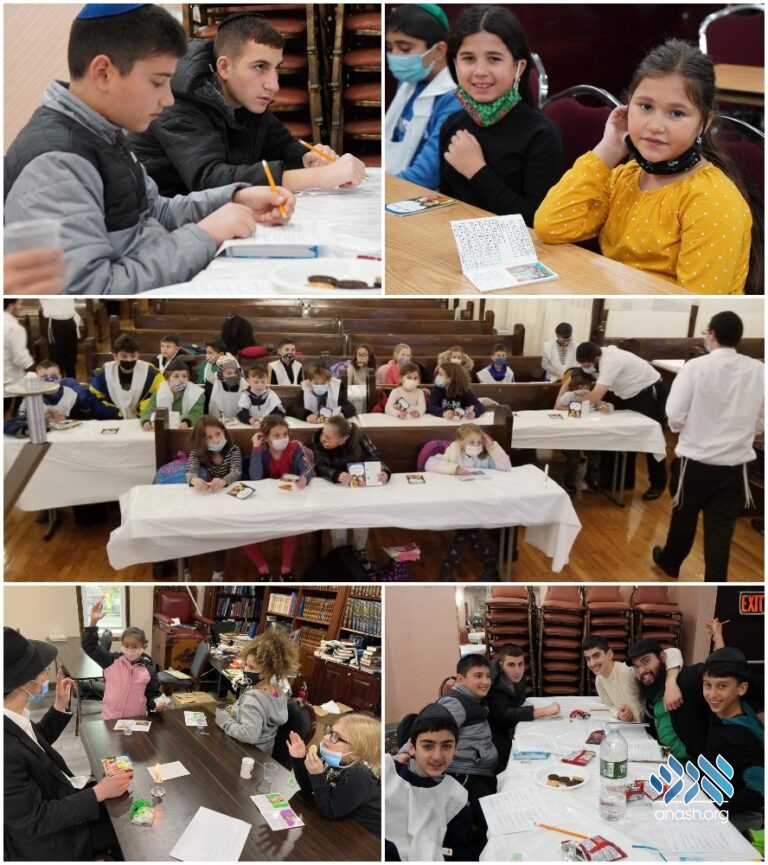 A little-noticed allowance made by Public Schools was seen as a tremendous opportunity by the Rebbe who utilized the Released Time program to teach hundreds of thousands of children about their heritage and connect them to their neshamos.

“I was so very grateful for your visit today. It was very inspiring and added so much joy to our holiday.

“My husband passed away 2 years ago – on his birthday, November 17th – and our lives have been in a disarray since. It feels good to know that all hope is not lost for me and my children.

“Thank you so very much for all you have done for us. You have no idea what a blessing it is to know that you are here for us.

“May Hashem always bless you for your endeavors.  Happy Chanukah from the bottom of my heart”

This is just one of the many messages received by Rabbi Sadya Engel, program coordinator of Released Time, every single week.

The idea of releasing public school students for devotional religious study off school premises in the United States was first discussed in 1905 and the first “Released Time” program took place in 1914. The program allows children to leave public school one hour early for one day each week for religious instruction.

The Jewish Released Time program was established in 1941 by the previous Lubavitcher Rebbe and is now in its 81st year under the auspices of the NCFJE (National Committee for the Furtherance of Jewish Education). In recent years, much effort has gone into revamping the program and expanding it to much more than just the one hour a week on Wednesdays.

The program now includes, amongst many other things, winter and summer camps, shabbatons, and house visits during holidays.

Students who attend Released Time absorb the Yiddishkeit that they are lovingly taught like sponges, and bring it into their lives and families in profoundly impactful ways.

Take Aiden, the family’s ‘little Rabbi’ as they affectionately call him.  Aiden has taught his family about the laws of Kosher and cautioned his sister that the pizza being served at a birthday party that they were at might not be Kosher.

The entire family now keeps Kosher thanks to the hour per week that Aiden spends learning, connecting with, and experiencing his Neshama.

Or Eli, a 3rd grader who designed his own Kippah during released time and who now, along with his younger brother, wears it proudly in his public school classroom.

Daniella* is a young girl who is an active participant in Released Time. Her mother sent the following in response to a message from one of the teachers displaying a project that she had done in one of the classes:

“I just wanted to take a moment to tell you how much your class means to Daniella.

At a time when our time and focus is so distracted you give Daniella so much to cling to. Daniella’s dad Mike* is battling 2 different types of unrelated cancer. Thank G-d, one seems to be under control.

“The constant running around takes up so much of my valuable time along with the running of our businesses to try to offset the bills. Daniella, more than anyone else, is so devoted to learning and wants to know all the wonderful stories and traditions. It’s so amazing to see how interested she is in your class.

“We observe many mitzvot already but stories and time are so short and I hardly get to spend the time that I wish I could discussing her day with her. After your class she eagerly tells us everything that she has learned. She also tries to implement what she learns with you into her life.

“I have never really gotten a chance to thank you and explain all you mean to us. So please accept our thanks and know you have really moved my child in such a beautiful positive direction.

“Thank you so very much.”

Sara* used to attend Released Time 3 years ago when she was a student in PS195.

This year, on one of the nights of Chanukah, she was visited by volunteers and she told them that ever since she learned about the mitzvah of lighting Shabbos candles in Released Time she has lit them every single week, even when her mother was not home.

An hour a week might seem too short to really make a difference. But the Rebbe saw the power that one hour contains, and grabbed ahold of this opportunity, implementing Jewish Released Time that continues to have a tremendous impact, dozens of decades after its founding.

*name changed upon the request of childs parents.