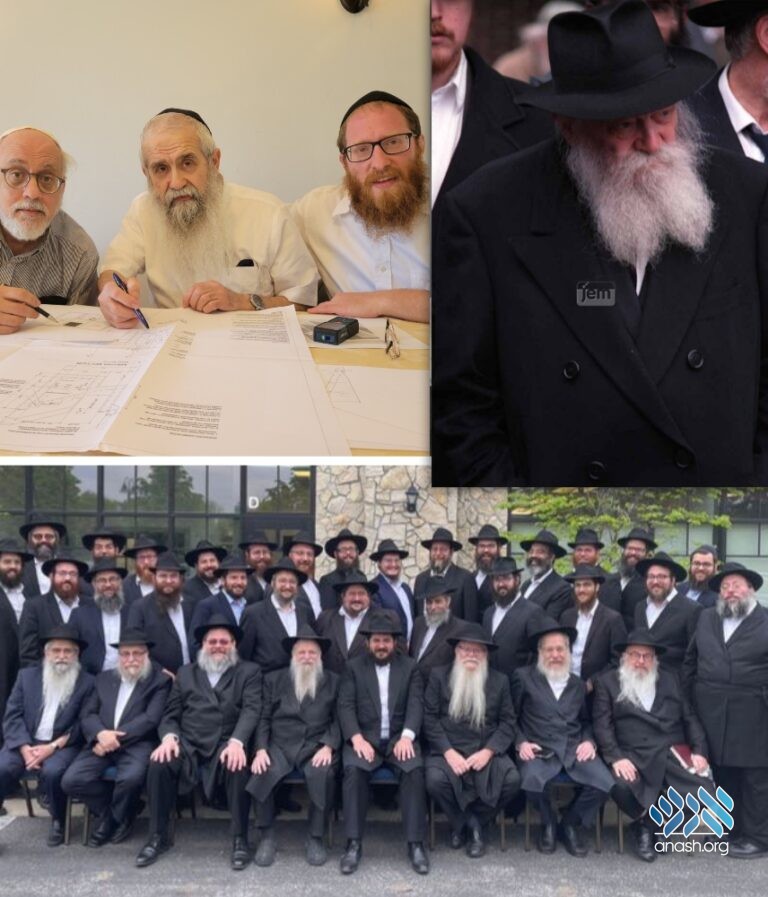 When shluchim at the Western Regional Kinus heard that fellow shliach Rabbi Avraham Lapine would be building a mikvah in memory of his mother Pesya Leah Lapine hy”d, they rallied together in a touching show of unity.

Each year, groups of Shluchim around the United States gather tor a “regional” Kinus Hashluchim.

The purpose of these gatherings is to reinvigorate the Shluchim, some in most remote cities, and strengthen their commitment to their holy life’s work, by sitting among their own through helpful workshops and inspiring farbrengens.

This past year, the regional kinus for shluchim in the Western Region was hosted in Kansas City.

During a Farbrengen, the topic of Mikvaos arose, and a lively discussion ensued related to the struggle many Shluchim in remote areas experience when it came to the laws of family purity, with many Shluchim having the nearest Mikvah as much as 3-4 hours away. One of these Shluchim was Rabbi Avraham Lapine, who had dreams of a Mikvah in his post city in remote Missouri, in tribute to his mother Pesya, who was killed על קידוש ה׳ in 1992.

Rabbi Hershey Novack, a fellow Missouri Shliach, conveyed to the crowd the dream of his soft-spoken and often “shy” co-Shliach.

Also present at this gathering was Rabbi Yossi Shemtov of Arizona.

Rabbi Shemtov spoke of the Sicha which the Rebbe delivered following these horrific events, and how one of the things that pained the Rebbe most was the continued wellbeing of her children, now orphaned.

In a display of unity the likes of which had never been seen before, fellow shluchim in attendance, many with great needs for a Mikvah of their own, made monetary pledges to assist in this undertaking, and $30,000 was raised.

Thereafter, Rabbi Shemtov sent a message in the form if a voice note, on a chat of western region Shluchim, which was established years ago in connection with this very Kinus, rounding up even more support for this undertaking, for a total exceeding $50,000!

Rabbi Shemtov mentioned that rewatching the Sicha was difficult for many, given the great pain the Rebbe was clearly going though, but that one thing was for certain, WE ALL HAVE THE OPPORTUNITY TO LOOK OUT FOR HER CHILDREN!

In a subsequent interview conducted over the phone, Rabbi Shemtov stated that this was one of the rare events in Chabad history where anyone old enough to recall, remembers exactly what they were doing on that fateful day, a day of sincere and deep rooted pain for our Rebbe.

Today, this fundraising endeavor is gaining more and more steam, as many feel a personal connection to this undertaking.

Take part in this global unity initiative by visiting https://meipesya.com