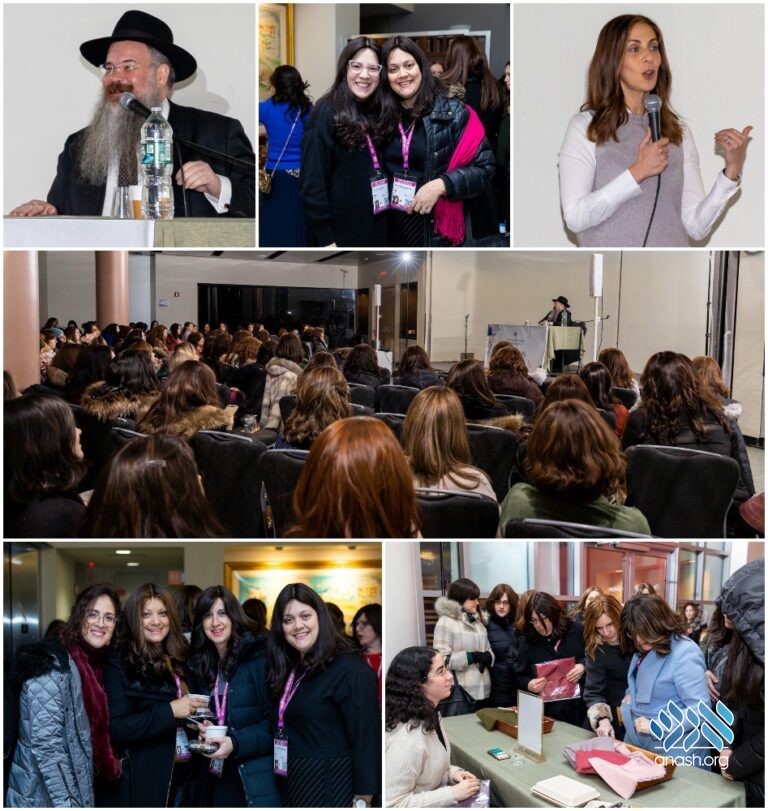 Thousands of Shluchos joined the annual Shluchos Farbrengen hosted by the Shluchim Office in person and virtually for an evening of inspiration and connection.

Thousands of Shluchos joined the annual Shluchos Farbrengen hosted by the Shluchim Office in person and virtually for an evening of inspiration and connection.

Every year Shluchos look forward to the annual Thursday night Farbrengen hosted by the Shluchim Office, a night to join an inspiring and empowering Farbrengen with delicious food and gifts.

“Thank you so much for the beautiful Farbrengen,” shared Mrs. Libby Groner, Shlucha to Metairie, LA.  “It’s the highlight of the Kinus every year for me, nothing like it!”

The Shluchos were greeted with a gifted tichel of their color choice, in partnership with Boutique25, a chance to enter into amazing raffles and live piano played by Shaina Sasonkin. They enjoyed a delicious display of sushi, soups, desserts and an amazing dry ice mocktails bar.

Upon entering the room, rach Shlucha found a gift box on her seat with gift items from the Nigri Jewish Online School, Chabad Early Childhood and more.

The Farbrengen with Rabbi Shais Taub, moderated by Mrs. Tzivie Greenberg, covered important topics based around the theme of Bitachon, giving empowerment and practical tools to the Shluchos joining live and on the Zoom broadcast.

“The Shluchos Farbrengen was so beautiful,” wrote Mrs. Malkie Gurkow, Shlucha to Westford, MA. “Loved the gorgeous coordination of all the parts of the event and of course Rabbi Taub was great!”

The Shluchos had a choice of entering into five raffle packages for valuable prizes. The special packages included gift certificates to Tzfasman Jewelers, The Kids Shoppe, Nshei Chabad Newsletter and House of Lancry and much, much more.

A special thank you to the event planner, Mrs. Tzipporah Hahn and to all the dedicated staff and volunteers involved in this year’s farbrengen, led by Mrs. Bassie Shemtov and Frayde Trachtman, for making the event such a great success.

The Shluchos Farbrengen is a project of the Shluchim Office, sponsored by the Skolnik Family.