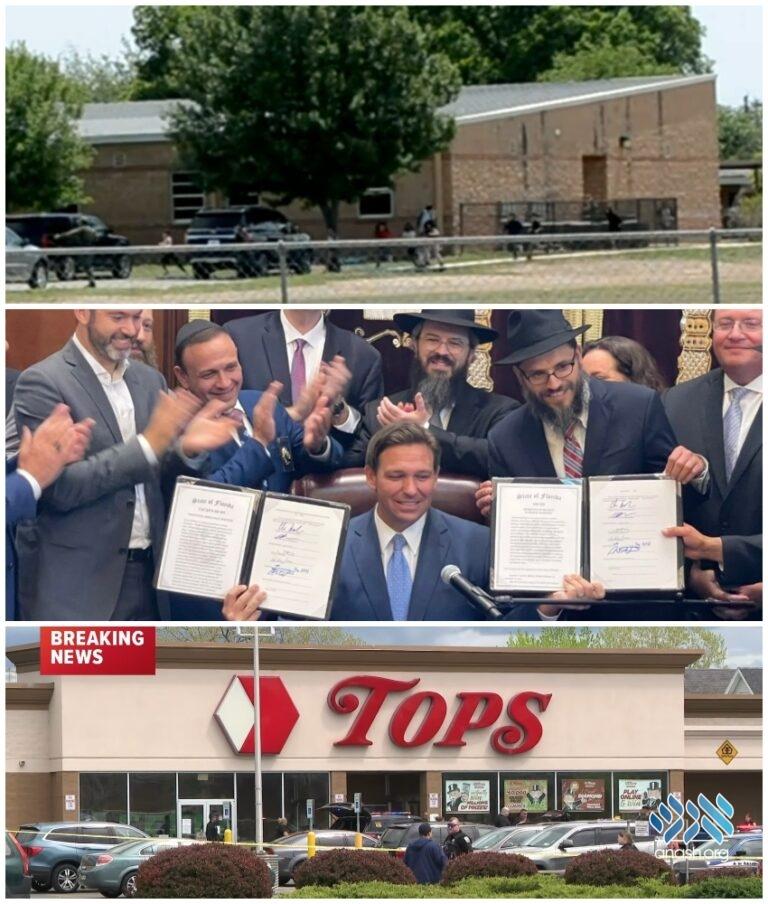 Following the recent mass shootings in Texas and New York, in which troubled teenagers took the lives of 32 people, a global campaign has been launched to harness the power of the Shluchim to fulfill the Rebbe’s dream of the Moment of Silence.

Following the recent mass shootings in Texas and New York which claimed the lives of 32 people, a global campaign has been launched to harness the power of the Shluchim to fulfill the Rebbe’s dream of the Moment of Silence.

Rabbi Avraham Frank, the International Coordinator of MOS, who has been pioneering these implementations for over 15 years, has sent the following letter to Shluchim across the Unites States:

Action must be taken to change the terrible catastrophes going on in our schools. To quote the Rebbe: “When a situation exists that requires correction -a dangerous situation- the first concern must be to rescue those in danger…In these days, parents have no time, and even those who do- lack the patience to get involved in their children’s education (resulting in the child growing up without the necessary guidance).

On April 11, (Yud Alef Nissan) Arizona joined the ranks of the many other states that have approved a Moment of Silence (MOS) for the start of the day in their public schools.

It is not a coincidence that the signing of the bill coincided with the Rebbe’s birthday- this peulah is connected to the Rebbe’s very essence. The US Congress has chosen this day yearly as Annual Education Day, and it falls out on ניסן יא , whatever the English calendar day, happens to be.

The Rebbe launched a national movement in 1983 for a Moment of Silence in public schools, stressing emphatically and prophetically, that it is the only way to stop the moral, social and emotional decline of America’s youth. The Rebbe was created to educate the world, and you have been given the mission to implement that mission.

The solution to this problem does not contradict any laws or rules whatsoever. If at the beginning of each day in public school, every child is told, “Shortly, we will begin our studies. But first, we will give you a moment to be silent”. This will be an enriching start to the day. The child will then be blessed with the good sense to utilize what he learns throughout the day, in the best possible way- not just for himself, but for others, as well, He will begin to choose what is best for the world, and the result will be that he will grow up doing the right thing”.-The Rebbe10 Shvat  5743.

The effect of the implementation of MOS has been dramatic. Some examples of students ’testimonials:

“Our quiet moment is awesome. Because you get time to think about you and your family. I love that you made this quiet moment up. Thank you very very very much. Can we do it for two minutes instead? – Halle – grade 2“.

“A moment of silence makes me feel peaceful and happy like I’m in a quiet place and I don’t have to move. It helps me relax and I get very calm”.- Kayla, grade 5.

Many students speak of their anger diminishing and improvement in relationships with classmates and family members. Principals have noted improved marks and ability to concentrate in class.

An added bonus is for the school staff itself. As part of the MOS program, students write letters about their MOS experience Since children have the nature of revealing their innermost thoughts on paper, teachers can then pick up any critical issues in these letters.

Rabbi Avraham Frank, the International Coordinator of MOS, has been pioneering these implementations for over 15 years, working on the state level, with the administration of local school districts, and with individual principals, teachers, and parents. Arkansas was the first state to mandate MOS as was advocated by the Rebbe. Florida was the second, which was accomplished through the combined efforts of several Shluchim led by Rabbi Schneur Zalman Oirechman. Now, Arizona has become the third state, with the efforts led by Rabbi Zalman Levertov, Rabbi Pinchas Allouche, and Adam Kwasman, a lawyer. Kentucky has passed through the first stage of this process, with the efforts of Rabbi Avrohom Litvin. In Ohio, Rabbi Aryeh Kaltman is working on bipartisan efforts to pass the bill (13 other states passed MOS bills prior to 1984).

Rabbi Frank is ready to help anyone with promoting MOS at the state level or in local schools. He has developed a highly successful strategy for working together with principals,  school administrations, and parents.

Please visit his website at momentofsilence.info to get involved and join in Rebbe’s mission to Ker Avelt.