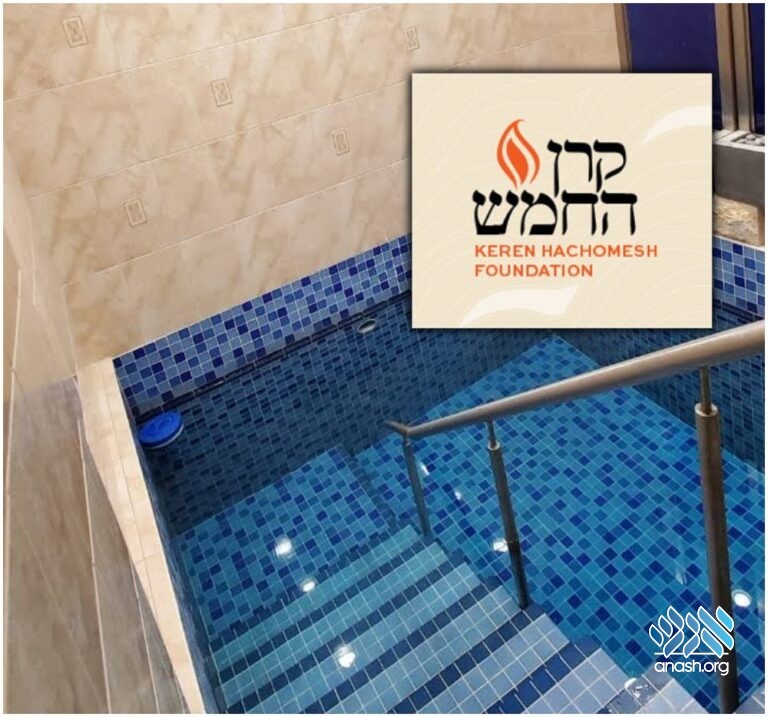 Keren Hachomesh has announced the first five grantees who were awarded stipends toward the construction of new mikvahs in their respective cities.

Keren Hachomesh has announced the first five grantees who were awarded stipends toward the construction of new mikvahs in their respective cities.

The grant recipients, are Mendel and Basya Feldman of Halifax, Canada; Yosef and Hindy Plotkin of Greensboro, NC; Chanan and Tuba Chernitsky of Newfoundland, Canada; Yosef and Bina Goldwasser of Mobile, Alabama and Avraham and Chana Lapine of Columbia, MO.

“This grant from Keren Hachomesh is a relief that takes us significantly closer to the finish line of a mikvah in Newfoundland,” said Tuba Chernitsky. “Until now, the nearest mikvah required traveling by plane. Having our own mikvah will make all the difference to the women of our community.”

Keren Hachomesh was established by the Rebbe in memory of Rebbetzin Chaya Mushka to support women’s social and educational initiatives. It has also been assisting families in crisis and focusing on other areas while continuing to accept applications for new mikvah projects. “In keeping with the Rebbe’s desire to advance mivtzah taharas hamishpacha, we are dedicating significant funds to assist shluchim in the process of building mikvahs,” said Rabbi Shmaya Krinsky of Keren Hachomesh. The announcement of the grant recipients was made on the 25 of Adar II, birthday of the Rebbetzin.

In Halifax, the existing Mikvah was past its prime. “Building a new and attractive mikvah, with state of the art amenities, has been desperately needed for many years,” said Bassie Feldman of Halifax. “The new mikvah, soon to be completed with a significant grant from Keren Hachomesh, is going to be a game changer.”

Going forward, Keren Hachomesh will continue to support the construction of new mikvahs, as well as a host of other projects towards fulfilling the Rebbe’s desire in establishing this fund in loving tribute to the Rebbetzin.