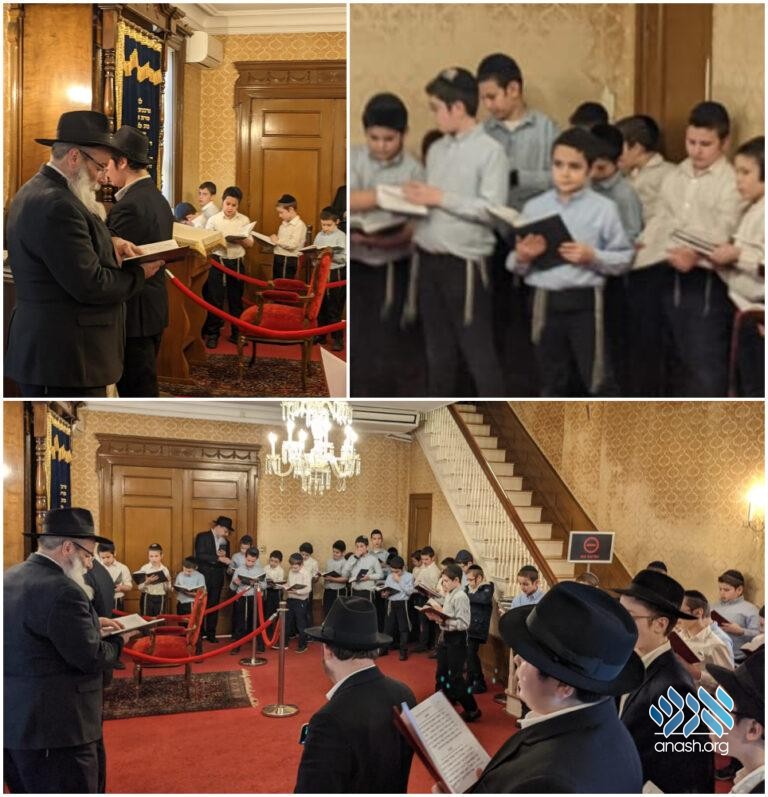 Boys from Oholei Torah in Crown Heights marked 25 Adar, birthday of Rebbetzin Chaya Mushka Schneerson, with a visit to the house where she and the Rebbe lived, and the Rebbe davened for the year following her passing.

Boys from Oholei Torah in Crown Heights marked the birthday of Rebbetzin Chaya Mushka Schneerson with a visit to the house where she lived.

The modest house, located at 1304 President Street, was the home of the Rebbe and Rebbetzin for over four decades. Until 5748, the house was kept private, but after the Rebbetzin’s passing in that year, the Rebbe began davening, saying sichos and distributing dollars there.

On Tuesday, 25 Adar, the birthday of the Rebbetzin, a large group of students from Oholei Torah walked to the house, where they had the chance to daven mincha and say Tehillim. Many boys took the opportunity to say Kapital 121, the new Kapital corresponding to the Rebbetzin’s years.

The boys also got to see the Rebbe’s chair and shtender, which remains in the same spot as when the Rebbe davened there.