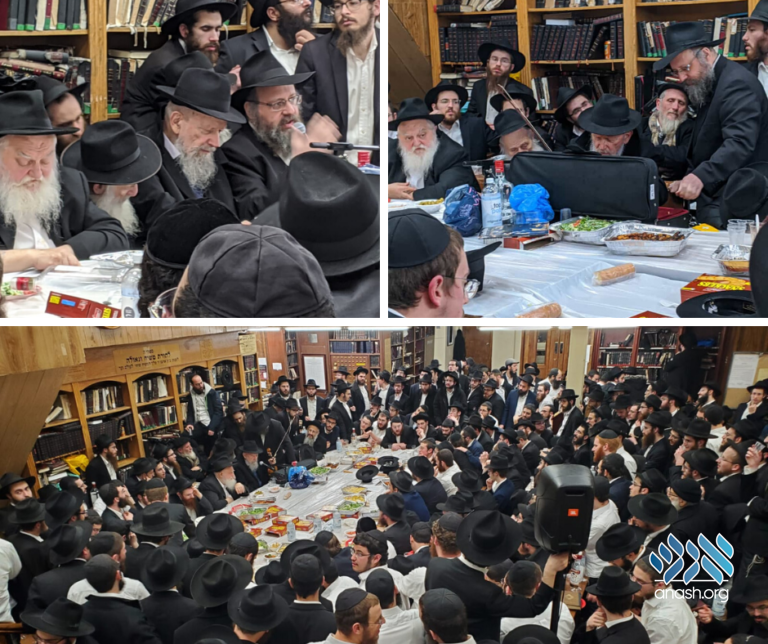 Bochurim of the Central Yeshiva at 770 gathered Monday night for a fabrengen with members of the Yeshiva’s hanhala and a special guest. in honor of the birthday of the Rebbe Rashab founder of Tomchei Temimim.

In the middle of the farbrengen, Rabbi Shmuel Katan of Kfar Chabad, who came to 770 to celebrate his 80th birthday, surprised the crowd when he pulled out the violin which he used in front of the Rebbe several times, and played the same tune which he sang to the Rebbe fifty-three years ago.