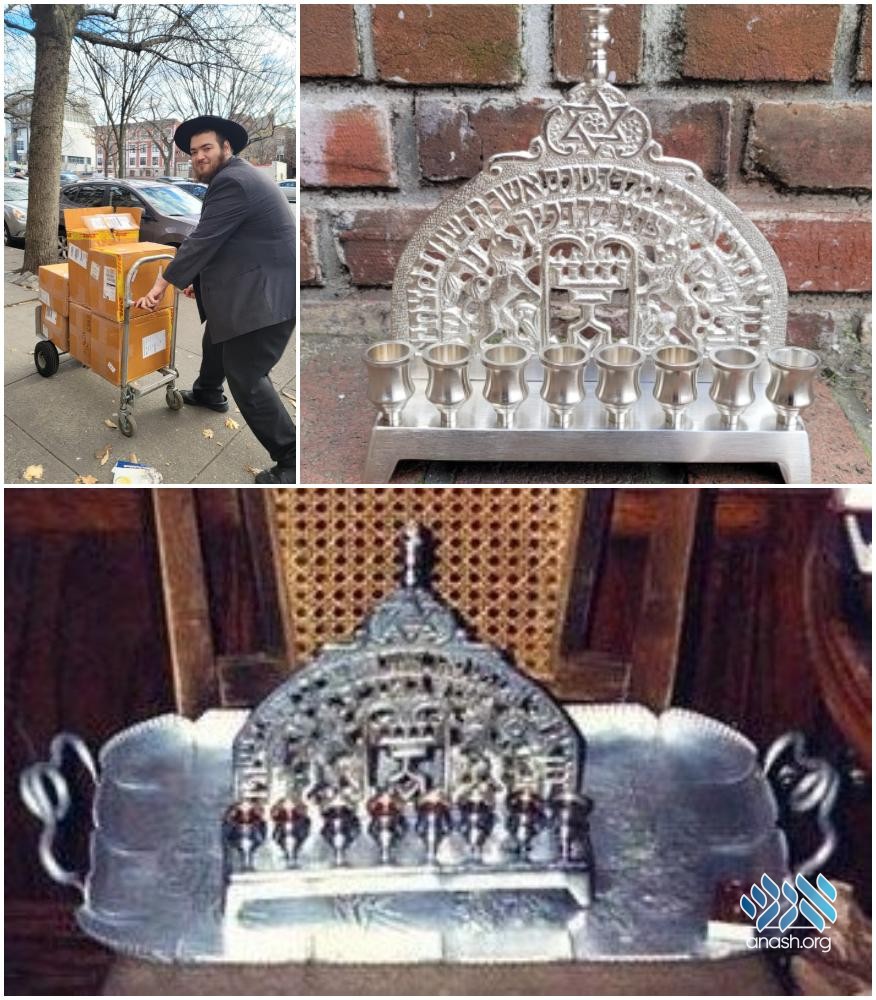 The simple metal menorah used by the Rebbe for decades was replicated in time for Chanukah. The first shipment sold out within hours, prompting plans for a second run.

For decades, the Rebbe used a simple metal menorah for Chanuka, even though he was gifted one of pure gold. Now, chassidim can buy a replica of that modest menorah to use for themselves.

The menorah was replicated by a group of bochurim from 770, and arrived in New York just in time for Chanukah this week. Within a few hours of the shipment arriving at 770, the first stock was sold out, prompting the creators to plan a second run after Chanukah.

Last year, the Central Chabad Library put the Rebbe’s menorah on display, and the group of bochurim took the opportunity to closely examine and photograph it.

“Despite the fact that the Rebbe received a gold menorah from one of the chasidim, the Rebbe always kindled the Chanukah lights using the present Menorah,” said Rabbi Berel Levine, director of the library, at the time.