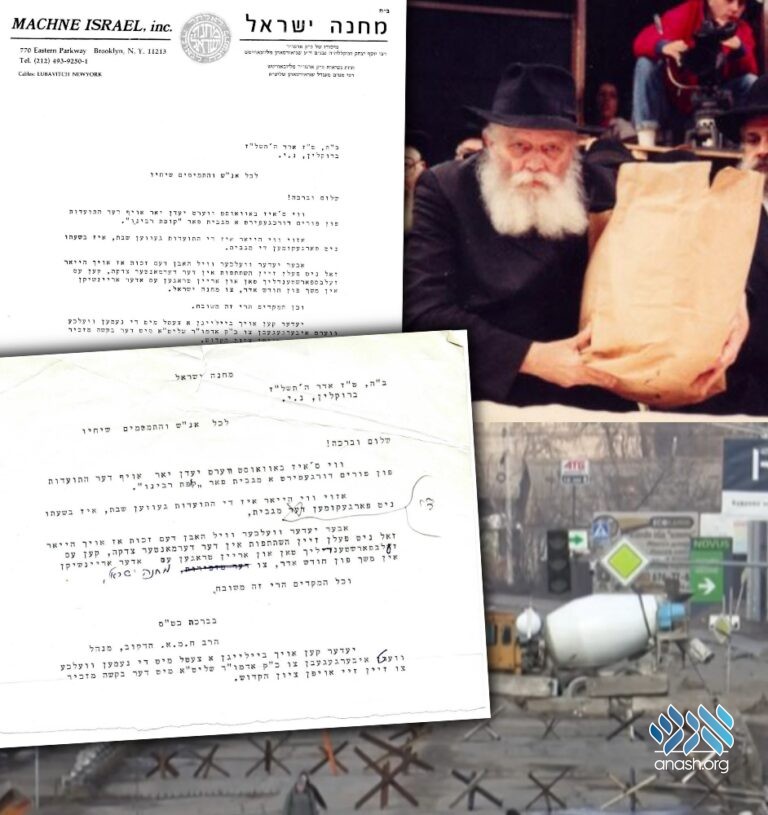 The annual Magbis Purim, started by the Rebbe Rashab and reintroduced by the Rebbe, will be giving all this years proceeds to Machane Israel’s Ukraine Relief Fund.

A Chabad Purim minhag, started by the Rebbe Rashab and reintroduced by the Rebbe, is to donate to Magbis Purim also called Kupas Rabbeinu.

The Rebbe would make an appeal at the annual Purim farbrengen encouraging all those in attendance to give generously to the Magbis, and submit their name and mother’s name. The Rebbe would personally carry out the bag of donations and tzetlach a the conclusion of the farbrengen.

In a sicha delivered on Purim 1952 (see below), the Rebbe introduced Magbis Purim and explained that the money of Magbis Purim/Kupas Rabbeinu goes toward institutional needs and for needy individuals.

Magbis Purim can be given throughout the entire month of Adar, said the Rebbe, and encouraged people to donate to the fund which is under the auspices of Machne Israel, one of the Rebbe’s primary institutions.

Machne Israel continues this tradition till today and the funds are distributed to shluchim and their institutions and to individuals and families in need.

With the ongoing crisis in Ukraine and the overwhelming need for continued funding to the displaced shluchim and their families, Rabbi Shmaya Krinsky, executive director of Machne Israel, has announced that the proceeds of this year’s Magbis Purim will be earmarked to Machne Israel’s Ukraine Relief Fund.

Following is a free rendition of the sicha delivered on Purim 5713-1953.

…We are always seeking to continue and re-establish old minhagim.

…The Rebbe, Rabbi Shalom DovBer, would fund-raise–during a farbrengen–three times a year: Simchas Torah, Yud-Tes Kislev and Purim. The solicitation on Simchas Torah was for Tomchei Temimim; Purim for his discretion (institutions, support for individuals etc.); Yud-Tes Kislev for both causes.

Since all of the above are still ongoing and the needs are even greater, everyone should participate in this effort.

Besides the merit of donating to charity which brings hatzlacha in material matters, as it is stated “tithe so that you shall become wealthy,” it also brings hatzlacha in spiritual matter, as the Alter Rebbe writes in Torah Ohr that through the mitzvah of tzedaka one’s mind and heart become refined a thousand fold, and it is understood from the Tzemach Tzedek that the expression “a thousand fold” is not an overstatement or a metaphor, but literally one thousand.

In addition to the above, when one donates for those same matters for which the Rebbe Rashab would collect and does so at the same time when he would do it, making it an opportune and meritorious time–it brings additional blessing and hatzlacha, and we could approach the Rebbe and demand that he bring down all promises in actuality.

It the Megilah it states: “and the month that had been transformed for them etc.” This means that all the matters that were transformed as well as all the matters related to Purim–from sorrow to joy and from mourning to festivity,” are present during the entire month of Adar.

So everyone present here now should communicate with their relatives, friends and acquaintances, informing them that they could participate [in this fund-raiser] during the entire month and the proceeds will go to the Purim fund.

All participants, whether present [at the farbrengen] as well as those that will participate later, may submit their name and their mother’s name and the amount they are donating, at I will read it at the holy tziyon of the Rebbe, my father-in-law.This will arouse and bring down additional blessings and hatzlacha to each and every one for everything they and their households need, materially and spiritually.