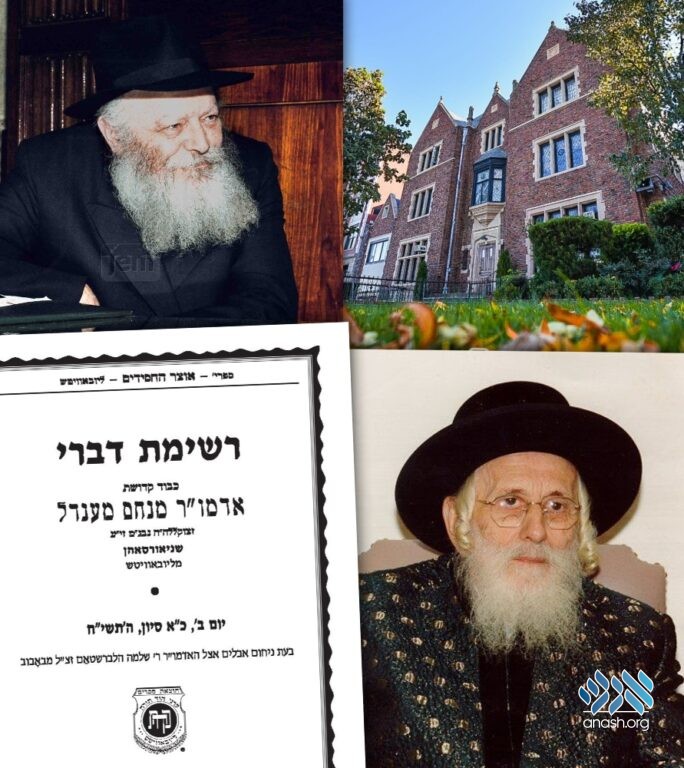 When the Bobover Rebbe’s young daughter passed away in 5718, the Rebbe paid him a visit for nichum aveilim. Over the years, Chassidim recalled the visit – but no transcript of the visit was ever discovered. Until Now.

Crown Heights was a thriving center of Jewish and Chassidic life in the first decades following the Holocaust, when the Frierdiker Rebbe established his residence in 770 over eighty years ago, in 5700. Harav Shlomo Halberstam, the Bobover Rebbe, settled in the neighborhood as well and established his Beis Midrash on Brooklyn Avenue, just a few minutes walk from 770.

In 5718, after the tragic passing of the Bobover Rebbe’s baby daughter Golda Reitza a”h, the Rebbe paid him a visit for nichum aveilim.

Over the years, Chassidim recalled the visit – but no transcript recording the visit was ever discovered. For over sixty-three years, despite intensive searching, Lahak Hanachos was not able to locate any record of the Rebbe’s words – until recently, when members of Rabbi Leibel Groner’s family discovered a personal transcript laying in his archives!

The Groner’s immediately transferred the precious find to Lahak for the purpose of disseminating them to the general public. Rabbi Leibel Groner himself, in fact, would often send similar Hanachos and discoveries over to Lahak’s office, to further the dissemination of the Rebbe’s Torah.

The team at Lahak immediately got to work, deciphering the text and adding footnotes and clarifications – as per the Rebbe’s instructions to Lahak throughout the years. Now, the booklet is being released in time for the Kinus Hashluchim.

As an addition, five unique letters are included which the Rebbe discusses topics such as nichum aveilim, dealing with loss, memorializing a soul – and provides extraordinary words of encouragement to those experiencing a loss. Some of the letters have been translated into English.

By true hashgacha pratis, the discovery is being released in time for Shabbos Parshas Chaye Sarah, when we read about the first nichum aveilim – by Hashem himself to Avraham Avinu (see Rashi, Bireishis 25:11).