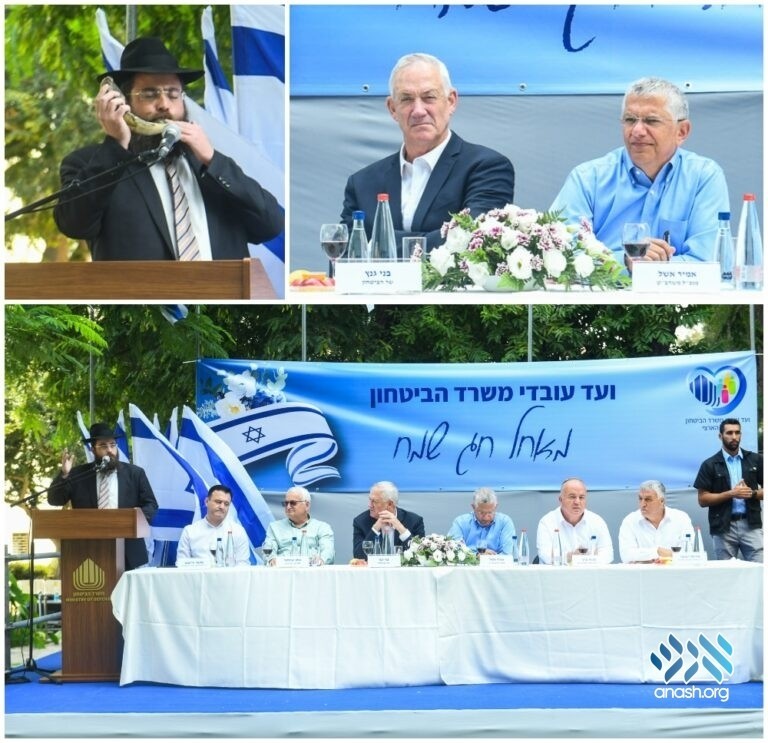 The Israeli Ministry of Defense invited a shliach to address their toast in honor of the new year, attended by the top officials and all employees of the Ministry.

The Israeli Ministery of Defense invited a shliach to address their toast in honor of the new year.

Rabbi Menachem Ofen, who serves as the shliach to the Israeli security forces, brought the Rebbe’s message for the new year, inspiring the crowd to increase in mitzvos as a year concluded and another one began. He also blew the shofar, as is customary in the month of Elul.