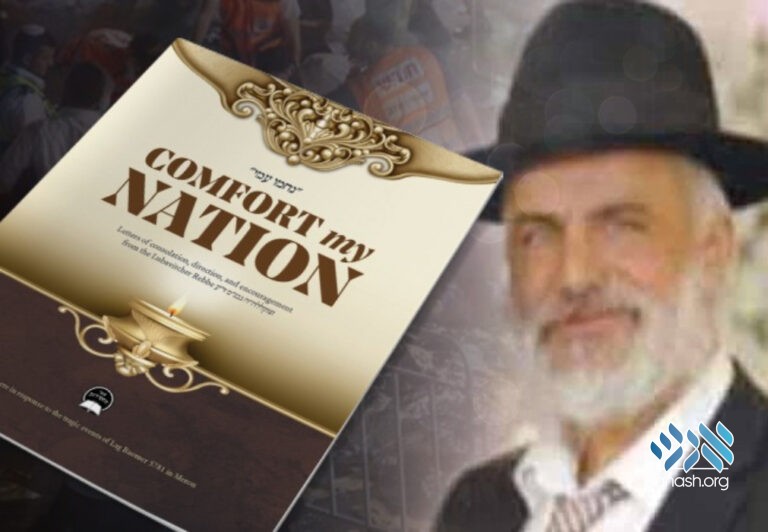 A new booklet containing letters from the Rebbe regarding grief and mourning was dedicated by Machon Or HaChassidus to Reb Ariel Tzadik a”h, whose neshama returned to his Maker on Lag Baomer night in Meron.

You probably never heard about him before last week.

He was a Jew, a Lubavitcher, living in Bayit Vagan, who traveled to Meron to celebrate at the Kever of the Rashbi and never came back home.

Reb Ariel was extremely dedicated to the Rebbe’s Mivtzoyim. He would frequently visit the police station in his area and ask all of the officers if they had already put on tefillin that day. Every single Friday, he could be found at the Kosel, donning Tefillin on the arm and head of yet another Jew.

Another pre-shabbos task that Rabbi Tzadok made sure to engage in was to distribute Likras Shabbos to shuls, yeshivas and private mail boxes in his community. When informed that there were talmidei chachomim who did not want to be publicly seen with the Chassidus booklet, he would discreetly place it in their mailbox so that they could enjoy its contents.

He delivered the pamphlets every single Shabbos for 10 years, distributing an estimated 70,000 copies of Likras Shabbos during that time.

Throughout the week of Shiva, many individuals whom the family did not recognize came to pay their respects. Ashkenazim, Sephardim, Chassidim, Jews of every stripe flocked to the home to relay to the family what an impact the Likras Shabbos pamphlet had on them and how it had impacted their lives.

His absence leaves a gaping hole in the lives of not only his family, but the community at large.

As a people we are in mourning.

We are grasping; looking for guidance, comfort and perspective.

As such, Machon Or HaChassidus has published a brand new booklet containing letters from the Rebbe on grief and mourning. This booklet will be dedicated in memory of Reb Ariel Tzadok, may his neshama have an Aliyah.

May we, as a nation, celebrate simchas together and only share good news!