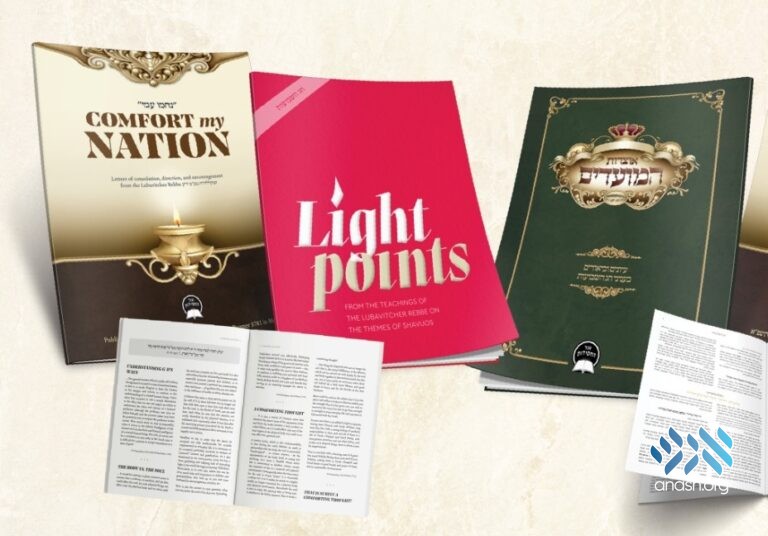 In response to the terrible tragedy in Meron, a new booklet containing letters from the Rebbe regarding grief and mourning was distributed alongside hundreds of thousands of Jewish newspapers and magazines.

In response to the terrible tragedy that occured on Lag Baomer in Meron, Machon Or Hachassidus produced a special pamphlet, in both hebrew and english.

The booklet contains letters from the Rebbe, addressed to mourners, filled with comfort and encouragement.

These letters were published, together with Lightpoints – Shavuos Edition, in over 250,000 copies of Jewish magazines that were printed and distributed in Jewish communities around the world.

We hope that the profound words and guidance of the Rebbe will provide direction and peace of mind to Jews around the world as we attempt to navigate the aftermath of such a heart wrenching tragedy.

For more information about Machon Or Hachassidus click here.