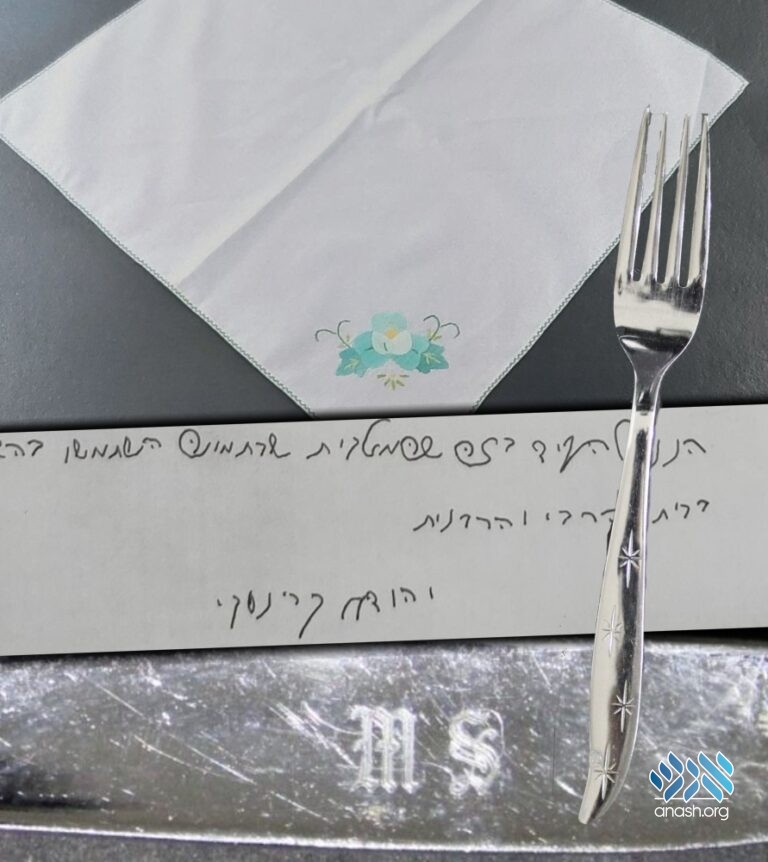 A fork and a serviette that allegedly belonged to the Rebbe and Rebbetzin is being sold in an Israeli auction house. A document signed by Rabbi Yehuda Krinsky attests to their authenticity.

Two items that allegedly belonged to the Rebbe and Rebbetzin are being sold by an Israeli auction house.

The first item is a fork, described by the sellers as “from the home of the Rebbe of Chabad and the Rebbetzin, and had been used by them.” The fork has the letters MS engraved, which might point to the fact that they were owned by the Rebbetzin, who engraved her initials on them.

In a separate listing, a serviette that is said to have belonged to the Rebbe and Rebbetzin is being auctioned as well. Here too, the sellers do not offer any explanation, but the accompanying letter, signed by Rabbi Krinsky, states that the embroidered cloth “had been gifted to Mrs. Galperin,” who was a close friend of the Rebbetzin.

Both items are being sold by the Brand Auction House, based in Israel.