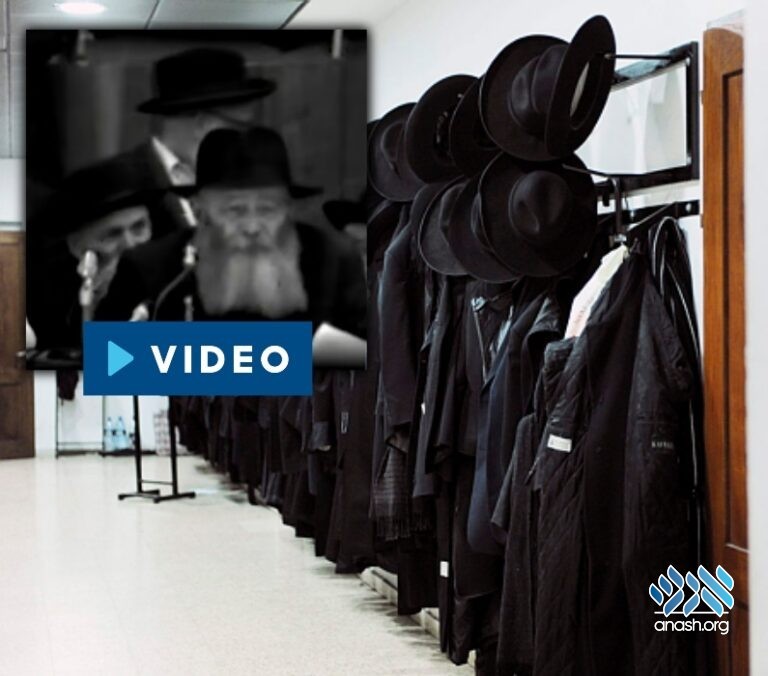 According to a report in the Kikar Hashabbat news site, the bochur, considered one of the top bochurim in a well-known Israeli yeshivah, recently began shidduchim, but was stopped in his tracks when he suddenly found out he wasn’t Jewish.

The bochur, whose parents made aliyah from Ukraine a number of years ago, had already begun shidduchim when his mother revealed to him that although his father is Jewish she is not. (It is unknown why she chose to wait so long to reveal this fact to her son.)

Having only known life as a “frum yid”, the bochur was devastated. He confided in one of his Rabbanim from his yeshivah, who turned to Harav Yizchak Yosef, Rishon Letzion and Chief Rabbi of Israel.

Harav Yosef used his influence with senior Dayanim to expedite the giyur process for the bochur so he can return to his shtender and resume shidduchim.

Chabad chassidim pointed out that the Rebbe had discussed exactly a scenario in a fiery sicha delivered on Chof Av 5731. In the sicha, where the Rebbe was discussing the painful topic of mihu yehudi – the battle to ensure giyur in Eretz Yisroel would only be according to Halacha, the Rebbe told over a startling anecdote.

“I asked a rosh yeshiva why he is quiet [about mihu yehudi]. He told me he is busy with spreading Torah. That is indeed a lofty matter, [but] do you know that there are goyim learning in your yeshiva?! And you say a shiur for them!”

“Among the students in the yeshiva are one, or more, bochurim, who don’t even know [that they are not Jewish]. When his mother and father immigrated to Eretz Yisroel, they marked them by the border as Yidden. [The bochur] was then a young boy who did not understand the entire concept. Then, after they arriving in Netanya or another city, he saw that we was registered as a Jew, so he became friends with all the other children. Later, having a “good head”, he went to the yeshiva, so that he now sits in a certain yeshiva and hears the shiur, and when he has a question he goes to the rosh yeshiva, who is happy with his chiddushei Torah, without knowing that he was teaching Torah to non-Jew!”