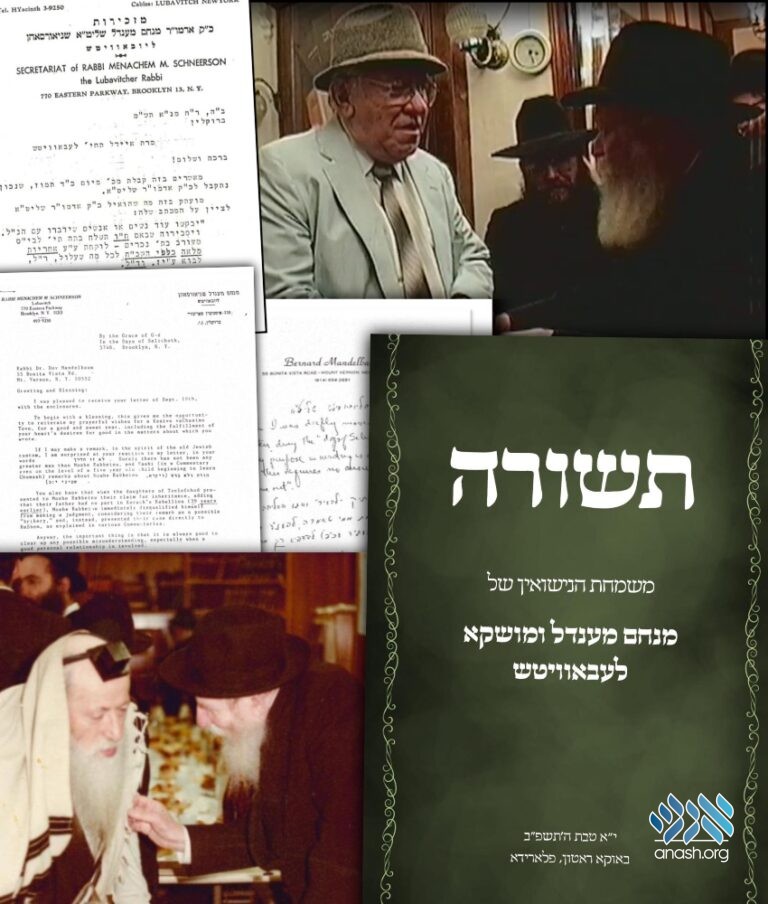 A new Teshura from the wedding of Mendel and Mushkie Lebovics, sheds light on the Rebbe’s relationship with Rabbi Dr. Bernard Mandelbaum, President of the JTS, who supported the Rebbe’s position on “Mihu Yehudi”.

A new Teshura distributed at the wedding of Mendel Lebovics and Mushkie Korf, includes a collection of the Rebbe’s correspondence with Rabbi Dr. Bernard Mandelbaum.

Rabbi Dr. Mandelbaum was the President of the Jewish Theological Seminary, as well as their top fundraiser. He was a vocal supporter of the Rebbe’s battle for “Mihu Yehudi” and Giyur Kehalacha, in his speeches as well as in writing.

After the death of his first wife, he remarried and moved to Fort Lauderdale, where he quickly became good friends with Rabbi Aaron Lieberman, the Chosson’s Grandfather.

Rabbi Dr. Mandelbaum enjoyed a unique relationship with the Rebbe, as can be seen from the correspondents here brought, as well as in his face-to-face encounters with the Rebbe by Sunday dollars.