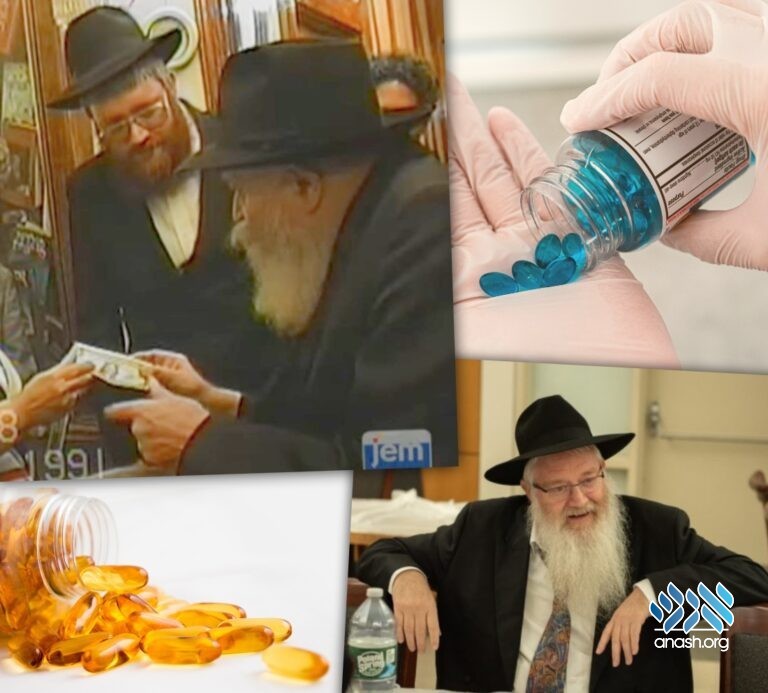 Watching a video of his mother by the Rebbe, Rabbi Chaim Mentz, shliach to Bel Air, California, was astounded to discover that the Rebbe’s bracha for a ‘special treatment’ saved his mother from a life-threatening illness three decades later.

After a recent visit to his mother, Rabbi Chaim Mentz, shliach to Bel Air, California, told the remarkable story of her life-threatening illness and miraculous recovery, and the ‘special treatment’ that the Rebbe gave a bracha for almost 3 decades earlier.

In August 2019, Mrs. Esther Mentz‘s health was deteriorating. An elderly mother and bubby living in Miami Florida, her already-failing kidneys had developed stage 4 cancer and she did not want to go undergo treatment. She told her doctors that she will just allow nature to run its course.

When her son, Rabbi Mentz, heard about her decision, he was surprised. “I told my mother, ‘Ma, that’s it? You are giving up just like that?'” he related.

But at her age, she was not ready to go through the difficult and painful treatment that she felt had a very small chance at success.

Rabbi Mentz encouraged his mother to be open to the possibility of other treatment options. “Let’s write to the Rebbe for a bracha and ask that Hashem send an answer…. something that will help!”

They wrote to the Rebbe, and sure enough, an answer was quick in coming. Three days later, Mrs. Mentz found out about a prominent doctor who was an expert in her specific illness – kidney cancer.

Although the doctor was officially not taking any new patients, Mrs. Mentz reached out to him by email and within 24 hours, an appointment was scheduled to meet the following week.

Rabbi Chaim Mentz flew to Miami to join his mother at the appointment, where the doctor advised them of their options:

Rabbi Mentz turned to his mother and said, “Ma, you will be number Chai!” 18 is Chai and Chai means life. Being the 18th person to undergo this special treatment seemed to be his mother’s opportunity for a new lease on life. They told the doctor they were ready to go ahead with the third option.

“Good!” the doctor replied. “That will be a quarter million dollars per year.”

Well, that was slightly out of their budget. They laughed and left the doctor’s office – with no treatment and no answer. They were back to where they had started.

Not sure of what to do next, Rabbi Chaim Mentz wrote again to the Rebbe. “Why did the Rebbe send us to this doctor if it would be impossible to take advantage of his special treatment?” he wondered. “Please ask Hashem to turn this around!”

Sure enough, Hashem’s miracle and the Rebbe’s brocha were not long in coming. Two weeks later, Mrs. Mentz’s phone rang. It was the doctor. “You are a perfect candidate for my treatment,” he said, “so I’d like you to go through with it. We will give you a life time supply of pills at no cost, provided that you follow all instructions.”

“We clearly saw the Hand of Hashem in action,” said Rabbi Mentz. “It is now 2.5 years later, and my mother’s scans show the cancer visibly shrinking… Hodu LaHashem!”

But the story doesn’t end there.

Rabbi Mentz was recently watching a video of himself and his mother by the Rebbe when he came across something unusual that he hadn’t noticed before.

In July 1991, he and his mother came to the Rebbe for Sunday dollars. Mrs. Mentz took the opportunity to ask for a bracha for a major operation that she was scheduled to undergo at the time.

“I called my mother and asked ‘Ma! What special treatment did you have after the surgery?’ ‘None!’ she said. ‘You must have had some kind of special treatment!’ But she insisted, ‘No, nothing, just bed rest!'”

Rabbi Mentz forwarded the video to his mother and as they watched it again, they realized that the Rebbe had given a blessing 30 years ago for the special treatment that she had just recently received.

Rabbi Mentz drew much strength and encouragement from this experience. He shared some of the lessons he’s learned. “Firstly, never give up, not even with your last breath, because you never know when the cure will come,” he said. “Stay positive, Hashem knows exactly what’s happening with you.

“Secondly, always remember that a bracha from the Moshe of our generation never goes unanswered. It may take time, but it comes in the right time! Hashem held this bracha from the Rebbe and gave it to my mother when she saw no other way!”

Rabbi Mentz concluded his story with the tefilah that all those who need healing should be healed, and especially since we are now in the month of Adar, may Hashem turn all sadness to joy.