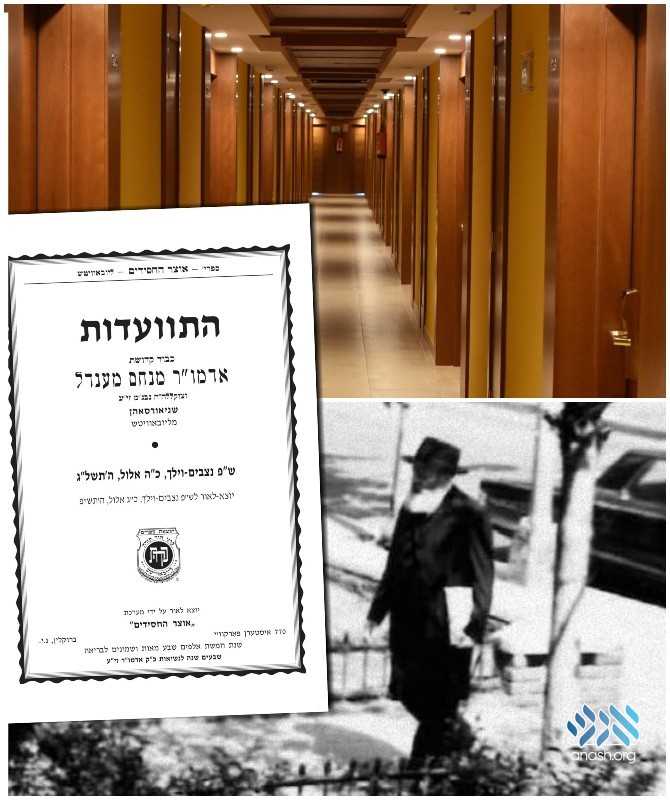 Lahak Hanochos has released a never-before-printed Sicha from Shabbos Nitzavim-Vayelech 5733, where the Rebbe expressed his concern about the situation of the orchim in Crown Heights.

The day of Chai Elul, the birthday of the Two Great Luminaries, the Baal Shem Tov and the Alter Rebbe, is when Chassidim begin the month-per-day cheshbon hanefesh over the entire previous year, with the approach of Rosh Hashanah.

These last days of Elul are also when Chassidim finalize their plans and arrangements for the trip to the Rebbe, to spend the month of Tishrei in his presence.

In honor of the upcoming Shabbos, Lahak Hanochos has released a kuntres ‘Hisvaadus’ with several sichos from Shabbos Nitzavim-Vayelech, 25 Elul 5733 (1973). In the midst of the Farbrengen, the Rebbe spoke about his concern regarding the state of affairs for the orchim who had arrived:

“It is quite shocking that the guests who arrive at 770 undergo significant aggravation to arrange proper quarters. Guests have been arriving for many years — more than a chazakah — yet the thought that the situation can be corrected never occurred to anyone (including the activists who readily brandish their ‘self-sacrifice’). A hotel can be established where all their needs could be provided, instead of the current situation where hotels are only available at the far ends of the city.

“A hotel is clearly advantageous to the current situation. Right now, even for a glass of water, the guest feels like a burden on the host and his family. Even if he is welcomed with open arms, it is still uncomfortable for the guest and definitely not ideal. This is all in addition to the guest’s inconvenience of having to constantly be considerate of his host and adapt his own schedule of sleeping, eating, davening and learning. It is obviously something that is deeply uncomfortable.

“A hotel will be advantageous not only for the guests but also for those running it — it will be a good source of income! In addition to the merit of the mitzvah to welcome guests, they will also derive material benefit.

Surprisingly, nobody thought to do so! Even basic arrangements for guests were only organized with the arrival of a Jew from Eretz Yisrael.

The same problem happened with the roof. For years, the roof leaked during the Farbrengens, until a Jew arrived from England and suggested that ‘perhaps’ the roof should be repaired, and provided the funding for the project. Only then was a proper roof installed, and some individuals were even insulted, “How could this guest from England give us mussar!?”

The complaint about mussar may be justified, but the real question is, why didn’t they think of correcting the problem on their own?

This talk is unlikely to change the state of affairs, just like the talks of previous years, but I speak of the issue because it pains me. When a person is poked in the finger, he yells. What use is yelling? But Hashem set in so our nature; when we are poked — especially a deep poke — we cry out…

It’s a pity on the people here. As the Frierdiker Rebbe heard from the Rebbe Rashab, “Imagine how much pity we should have towards those about whom the Gemara says, ‘Don’t have pity on them…’”

To join the thousands who receive the weekly booklets of new Sichos and Maamarim, email us at [email protected]