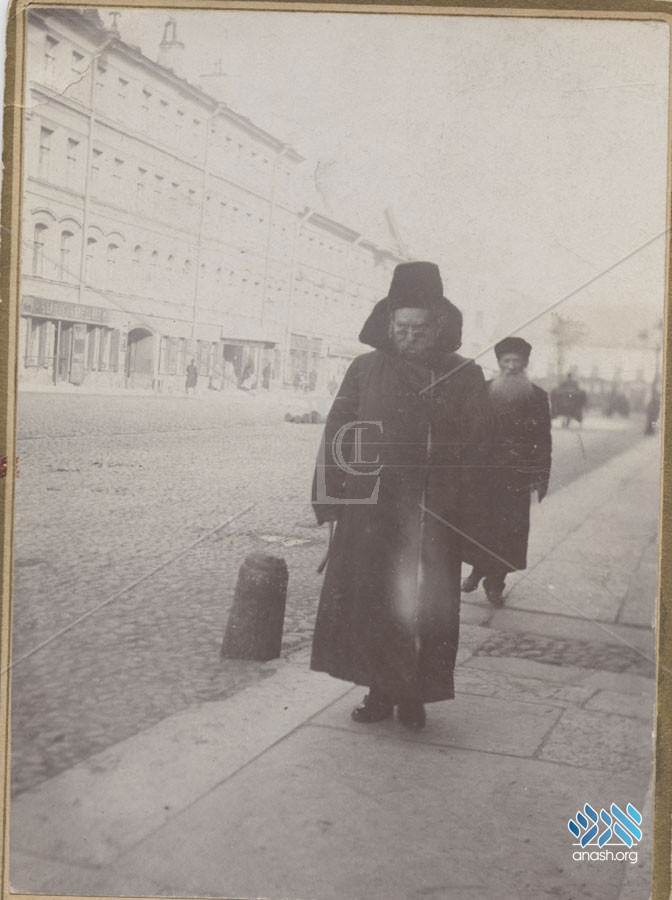 The 16th of Teves (or the 15th, according to another version of events) is the yahrtzeit of the Rebbe of Bobruisk, Rav Shmaryohu Noach Schneersohn. He was the son of Reb Yehuda Leib of Kopust, known as the MahaRil, who was the son of the Tzemach Tzedek.

Born in 5602/1842 in Lubavitch, Rav Shmaryohu Noach studied with his zeide the Tzemach Tzedek, as well as with his father.

He married Esther Lieba, daughter of Rebbe Yisroel Noach of Nyezhin, son of the Tzemach Tzedek. After Rav Yisroel Noach passed away in 5643/1883, he was asked to come to Nyezhin and succeed him as Rebbe, but he refused, preferring to stay on as rov in Bobruisk.

In 5628 (or 5631) he was appointed as rov of the chassidim in Bobruisk. This was done through the efforts of his uncle, the Rebbe Maharash to make sholom between the Lubavitcher and Kopuster factions of Chabad.

After the passing of his brother Rav Shlomo Zalman of Kopust, many of the Kopuster Chasidim traveled to Rav Shmerel Noach.

In 5661/1901, after Rav Shlomo Zalman passed away, he founded a yeshiva in Bobruisk that was active almost until his passing. The style of learning was very close to the usual Litvish yeshivos of the day, and included learning of Chassidus as well, albeit not like the seder that the Rebbe Rashab had instituted in Lubavitch.

He was very active in community affairs, working with the gedolei hador to improve the lot of Jews in Russia, as well as to ward off decrees against them. He attended the famous rabbinic conference in 5670/1910 in Petersburg, working with the Rebbe Rashab and Rav Chaim of Brisk among others.

His more famous talmidim include Rav Shlomo Yosef Zevin, later of Yerushalayim, and Rav Yehuda Leib Tzirelsohn, rov of Kishinev and an active member of the Agudas Yisroel there.

His son Rav Menachem Mendel and son-in-law Reb Dovid Barbash were killed during the Russian revolution. He passed away a broken man in 5683/1923. His passing signaled the end of the Bobruisker branch of Chabad, and all Chassidim joined Lubavitch under the nesius of Frierdiker Rebbe.

His daughter’s eidem Rav Shmuel Bezpalov, son of the famous chossid Reb Yakov Mordechai Bezpalov of Poltava, was the rov in Bobruisk until he was murdered by the Nazis during WWII.