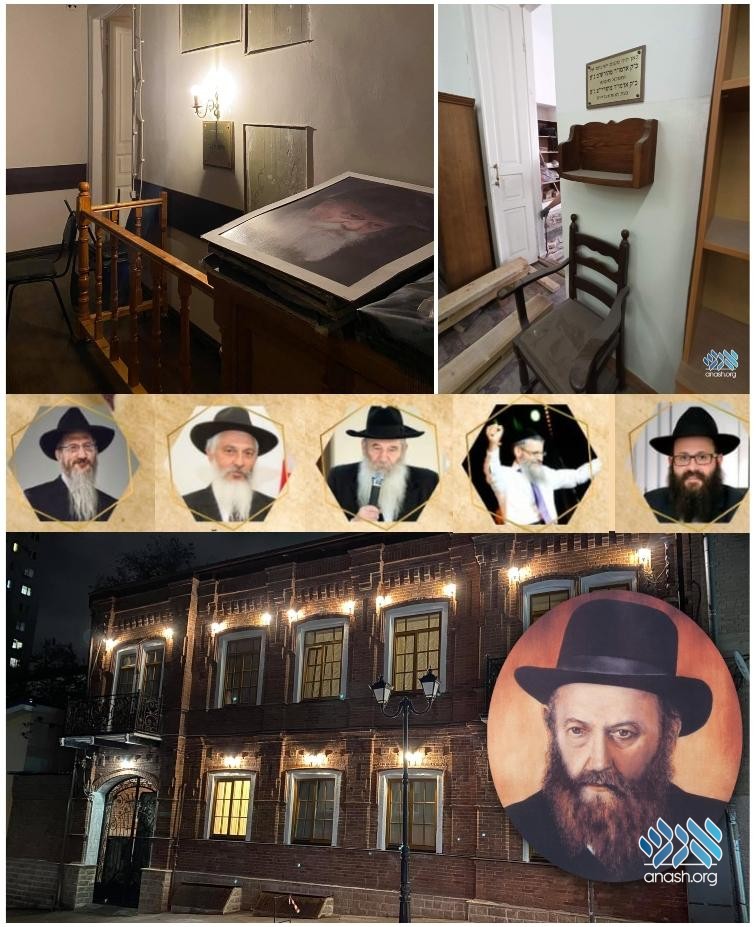 Join Live at 10:00 AM EST: A special event, live from Rostov, will mark the 160th birthday of the Rebbe Rashab on Thursday, including a rededication of his home in Rostov after undergoing extensive renovations and a Siyum Sefer Torah.

The upcoming 160th birthday of the Rebbe Rashab on Chof Cheshvan will be marked with a special event featuring the rededication of the home in Rostov where the Rebbe Rashab and Frierdiker Rebbe lived, davened and farbenged for a number of years.

The house, which served as the headquarters of Chabad after the Rebbe Rashab left the town of Lubavitch, became an apartment building during the communist years. In the late 5750s, it was redeemed by Agudas Chassidei Chabad of Russia, headed by Rabbi Yitzchok Kogen ‘the Tzadik of Leningrad’.

In recent months, the house, which had begun showing signs of aging, underwent extensive renovations. The renovations, undertaken in honor of the 100-year anniversary since the Rebbe Rashab’s passing, breathed new life into the entire building, including the yechidus room, kitchen, living rooms and the mikvah that was built under the direct guidance of the Rebbe Rashab.

Sources told Anash.org that future plans for the building may include reopening a Yeshiva in the building, which had hosted a yeshiva for a number of years following its purchase by Chabad.

The rededication of the building will be held on Thursday, ahead of Chof Cheshvan, honoring the birthday of the Rebbe Rashab, in a live event, broadcast from Rostov, Russia.

The program will include the conclusion of a new Sefer Torah, as well as a virtual tour of the house. Joining live will be Chief Rabbi of Russia Berel Lazar, Rabbi Yitzchok Kogen, ‘the Tzadik of Leningrad’, Rabbi Yoseph Zaltzman, shliach in Toronto, Canada, Rabbi Yosef Aharonov of Eretz Yisroel and member of Aguch of Russia, singer Avraham Fried, and others.