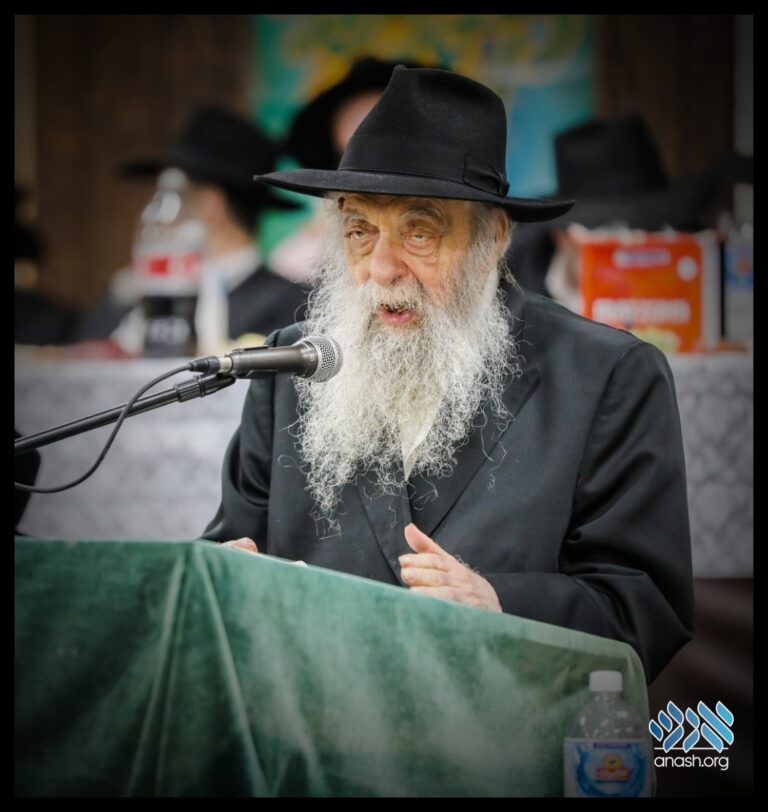 Reb Yoel Kahn, who served as the Rebbe’s chief chozer, and who taught Chassidus to tens of thousands as the foremost mashpia and teacher of Chassidus of the generation, passed away on 6 Av.

Reb Yoel Kahn, who served as the Rebbe‘s chief chozer, and who taught Chassidus to tens of thousands as the foremost mashpi’im and teachers of chassidus, passed away on 6 Av.

He was 91 and passed away after an illness.

Reb Yoel was born in the Soviet Union, on 16 Shevat, 5690 (1930) to Reb Refoel Nachman and Rivkah Kahan. His father was a tomim, having studied in the original Yeshiva Tomchei Temimim, in the town of Lubavitch, White Russia. Later on in his life he authored Shemu’os VeSippurim an authoritative and multi-volume compilation of historical accounts and anecdotes, culled from the traditions handed down by reliable Chassidim of earlier generations and his own experiences.

At a young age he emigrated to Eretz Yisroel together with his family, and studied in Yeshiva Achai Temimim in Tel Aviv under the tutelage of the famous mashpia Reb Chaim Shaul Brook. During his teen years he also studied privately with the famed mashpia and teacher of Chassidus Reb Moshe Gourarie. He also knew and was influenced by Reb Nochum Goldshmidt and to a lesser degree, by Reb Shlomo Chaim Kesselman.

On 11 Shvat 5710/1950, unaware of the histalkus of the Frierdiker Rebbe. he ascended a boat to travel to New York, to continue his studies in the yeshiva at 770. Arriving in New York, he quickly became attached to the Rebbe, and was part of the group of Chassidim who did all in their power to have the Rebbe accept the neius.

As soon as he arrived in 770 his unique talents were recognized and he immediately began to write hanachos of the Rebbe’s mamorim and sichos. Elders Chassidim who were still chozrim of the Rebbe Rashab marveled at his special power both in understanding and in memory.

On 15 Elul, 5714, he married Luba Leah, the daughter of Rabbi Shneur Zalman Butman, and the Rebbe was mesader Kiddushin. Shortly afterward he was appointed mashpia in one of the branches of the Chabad Yeshiva in Crown Heights, and was later appointed head mashpia in the central Tomchei Temimim 770.

For decades, Reb Yoel served as the Rebbe’s chief chozer and maniach. Starting from the Rebbe’s first farbrengen, Reb Yoel, who was renowned for his phenomenal memory, would memorize the Rebbe’s sichos and ma’amarim. Following the farbrengen, usually held on Shabbos or Yom Tov when no recordings are allowed, Reb Yoel would hold a chazara, where the Rebbe’s words would be repeated and transcribed. As a maniach, he prepared the Rebbe’s edited maamorim and sections of Likkutei Sichos for publication. His magnum opus is Sefer HoErkim Chabad, an encyclopedia and analysis of Chassidus concepts.

In his role as the head mashpia of the Tomchei Temimim Yeshiva at 770, Reb Yoel guided thousands of students in the teachings of Chassidus. He also traveled far and wide to give shiurim in Chassidus and to farbreng. His audio recordings, and books, are used by many more around the world.

He is survived by his wife, Rebbetzin Leah Kahn.

The levaya will leave the Shomrei Hadas chapel at 9:45 am, passing by 770 Eastern Parkway at 10:45 am, on the way to the Old Montefiore Cemetery in Queens.