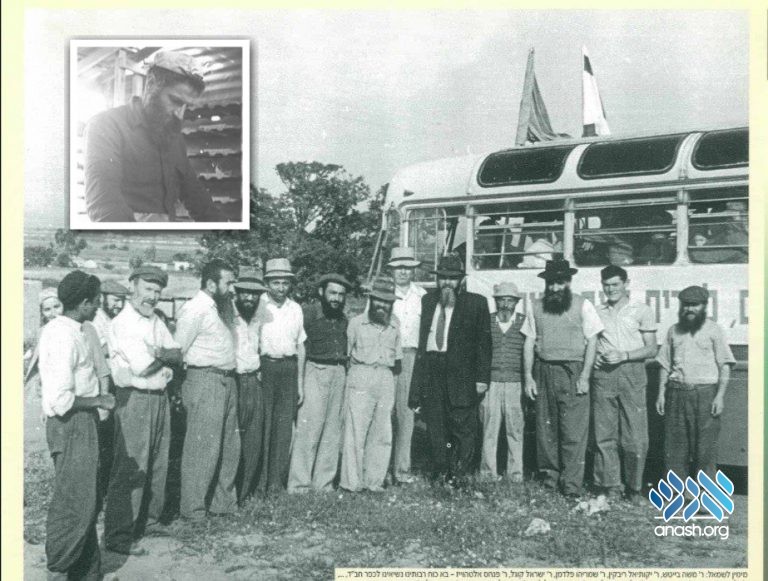 Known far and wide as a menagen and baal tefillah extraordinaire, his versions of niggunim are considered the gold standard in Chabad neginah. An additional kvetch or drei, a missing stanza, if you heard the nigun from him it was how it should be and how it was sung by chassidim of old.

Although not officially a mashpia or shliach, Reb Shmerel would spend time using his talents at Arvei Chabad, events of song, concerts, that were made by Chabad in Eretz Yisroel in non-frum kibbutzim and areas. These events were made to bring the warmth and joy of Yiddishkeit and Chassidus to the unaffiliated.

A short while after his passing, a double-CD was released of him singing Niggunei Chabad.

We bring you two niggunim from Klimovitch plus one sung in the Ukranian language sung by Reb Shmerel.