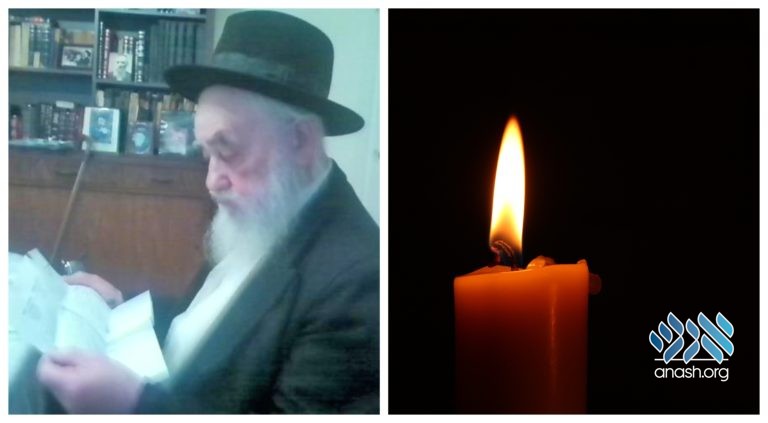 Reb Mordechai Feder, a long-time resident of Crown Heights, known for his tzedakah and chesed, passed away on Wednesday, 15 Cheshvan. He was 87 years old.

Born in Pshevorsk, Poland, Reb Mordechai escaped the Nazi invasion and ended up in Siberia, where he managed to survive the war with his mother and siblings. He then spent years in the Belzer Yeshiva in Eretz Yisroel.

Reb Mordechai Feder, and his wife Rochel, a”h, were known for their hospitality, first at their home on Montgomery Street and later on Sterling Street, hosting hundreds of eating and sleeping guests for over 30 years. They would stand and serve guests all day Shabbos and Yomtov, no matter what their “situation” was.

Reb Mordche was a fiery Belzer chossid who remained in Crown Heights even after the rest of the frum population had left. He did so only because the Rebbe said not to leave.

He was for many years a melamed in the Belzer Cheder in Boro Park, where he was a master storyteller, sharing stories from the Alte Heim, as well as from his youth in Eretz Yisroel.

He would also go around the many neighborhoods in New York and spend many, many hours collecting money for the poor and needy, all in an inconspicuous manner, and well into his advanced years.

He was predeceased by his wife Rochel in 5774. After she passed away he lived with his children in New Square.

He is survived by his sons Anshel and Aron, as well as daughters Fruma Leah Kupetz, Esther Moseson and Faygel Cohen. He is also survived by a brother, Reb Moshe Feder.

Shiva will take place until Shabbos in New Square at 147 Clinton Lane, Apt. #2. After Shabbos, until Wednesday morning at 1538-37th Street in Boro Park.