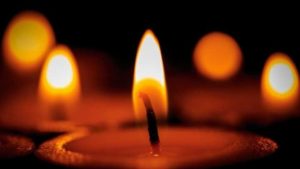 Reb Chaim Meir Rosenberg, a longtime resident of Crown Heights, who was described by friends as “warm fartzeitishe Yid,” passed away on Friday, 12 Tishrei, 5780.

Reb Chaim Meir was a Vizhnitzer chossid and originally lived in Canarsie, Brooklyn. After surviving the holocaust, he came to this country and settled in New York. For parnassa, he worked in the diamond district of Manhattan.

Around 35 years ago, he moved with family to Crown Heights, together with his friend and neighbor Reb Meir Rottenstreich and family.

He davened at the Agudah shul on Crown Street, as well as Cong. Anash on Montgomery Street. His fellow mispallelim described him as a Yid who davened with chayus and a geshmak, and as someone who was a big Baal Tzedokoh.

He is survived by two daughters and grandchildren.

He was predeceased by his wife.

The levaya will take place tomorrow, Sunday, at Shomrei Hadas in Boro Park at 9:00 am.