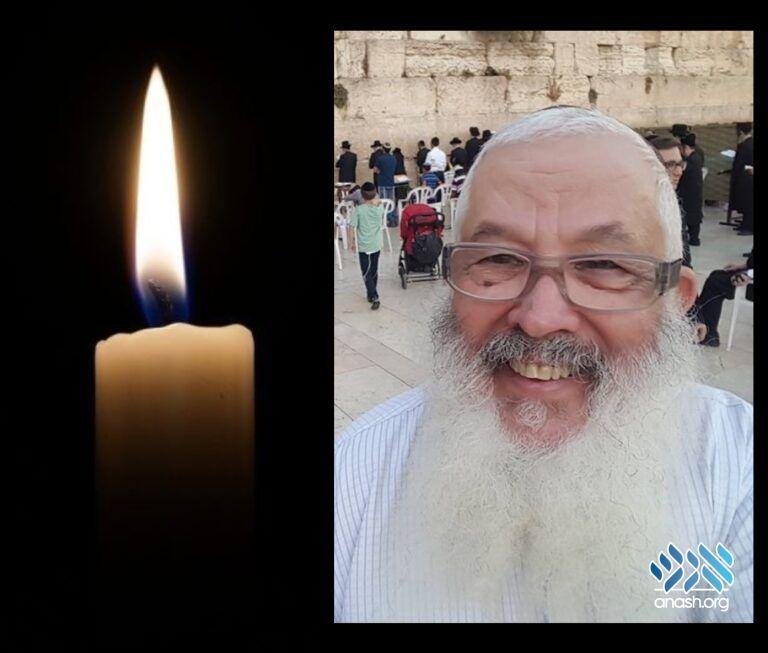 Reb Chaim Berkowitz, a member of Anash in the English speaking community in Tsfas and formerly of North Miami Beach, passed away on the first night of Shavuos after a month-long battle with Covid.

Reb Chaim Berkowitz, a member of Anash in the English-speaking community in Tsfas and formerly of North Miami Beach, passed away on the first night of Shavuos after a month-long battle with Covid.

Reb Chaim was a devoted chosid who served Hashem in every way. He was friendly and kind to all and would share his important views in a truthful and helpful way. Over the past year, he had two separate chavrusas in Kuntres UMaayon every day.

During his hospital stay, in which he was largely in a medically induced coma, the community rallied to his bedside, some with Tehillim and good wishes, others with music therapy and other expressions of encouragement. His widow, Esther Berkowitz, would be there day and night, often giving lifts to anyone who wanted to visit.

Reb Chaim had been introduced to Torah in his later years, yet his commitment to Torah in all matters was breathtaking. In his actions, the words “Beinoni of Tanya” may well describe him. He learned and spread Chassidus and Halacha, while also attending a blatt shiur in Gemara for many years, likely finishing Shas.

He was a member of the Tzemach Tzedek Shul / Chabad House of Tsfat learning program for English speakers and was there every day for several classes. Having moved to Tsfat to be in a more G-dly atmosphere about 5 years ago, he quickly became a pillar of the community and his presence is sorely missed by all who were privileged to know him.

He is survived by his wife Esther and his daughter Sunni Burke Walbek.

There is a lack of family to learn Mishnayos and to say Kaddish. The family is asking that all who can sign up for Mishnayos at:

Personal stories can be shared at:
https://sharetoremember.com/chaim-berkowitz