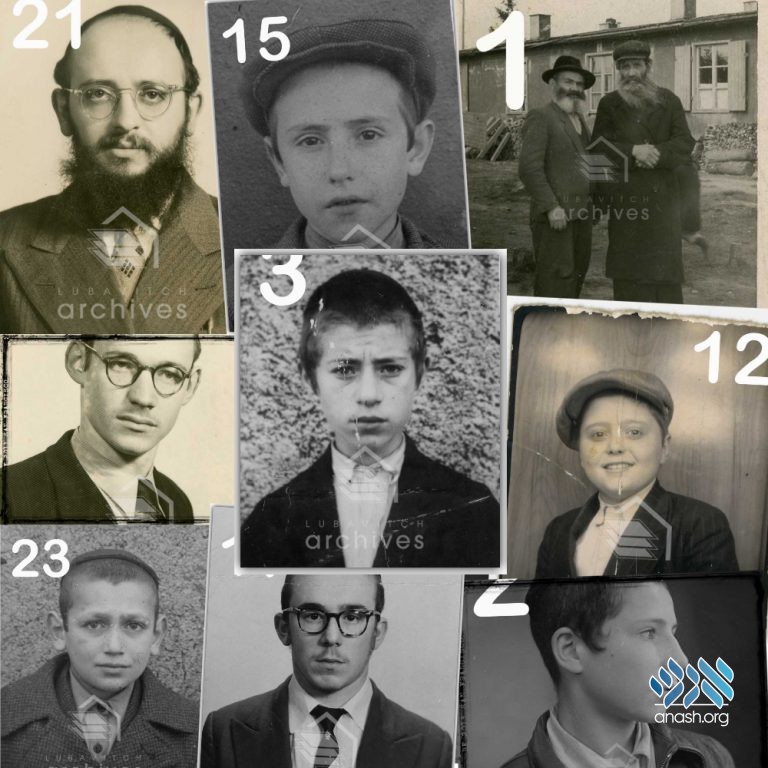 In the files of Harav Ahron Yaakov Schwei, a”h, a long-time member of the Crown Heights Beis Din, were a group of portraits of chassidim in the DP camps in Pocking, Paris, and Montreal. Can you help identify them?

In the files of Harav Ahron Yaakov Schwei, a”h, was a group of photos from the 1940s and early 1950s. The portraits from chassidim in the DP camps in Pocking, Germany, Paris, France, and Montreal, Quebec, were seemingly given as mementos from their time together during a difficult era.

Most of them are just 3″ x 2″, while others were just 1″ x 1″, but they’re a testament to the love between the Chassidim.

Some of them were marked with the names, while most were not. If you know who any of them are, please let us know.

With special appreciation to the Schwei family for permitting us to scan the photos. To assist in future scanning projects to document Chabad history, please do so here: https://cash.app/$HasidicArchives