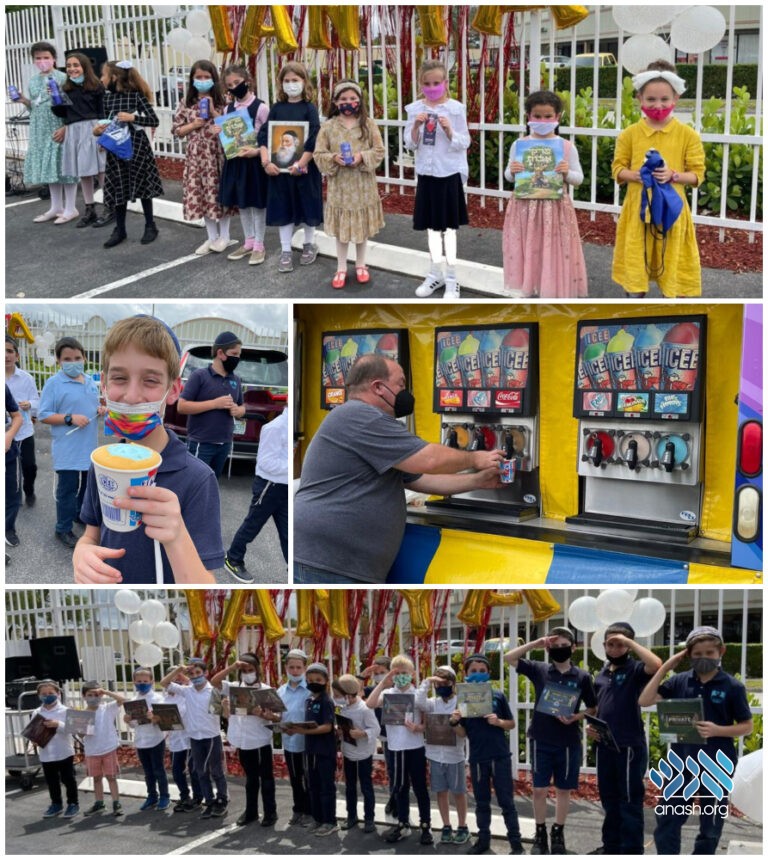 After a 90% chance of rain threatened a planned Tzivos Hashem celebration in Lubavitch Hebrew Academy of Margate Florida, the base commander wrote a letter to the Rebbe’s Ohel and the skies cleared up.

A two-in-one celebration was held in Lubavitch Hebrew Academy of Margate Florida, honoring children who received a promotion in their Tzivos Hashem rank along with a Tanya Baal Peh celebration.

The double celebration was almost canceled due to a 90% chance of rain for the day, but after a letter was sent to the Rebbe’s Ohel, the skies cleared up and the celebration continued as planned.

Children were treated to a Slurpee of their choice, brought to the school by a special “Mix it Up” truck. Each child then received their new rank along with a special gift from Tzivos Hashem.

Base Commander Margie Denburg shares “There was a 90% chance of rain, it was pouring all morning, so we wrote into the Rebbe and the skies completely cleared up!!”