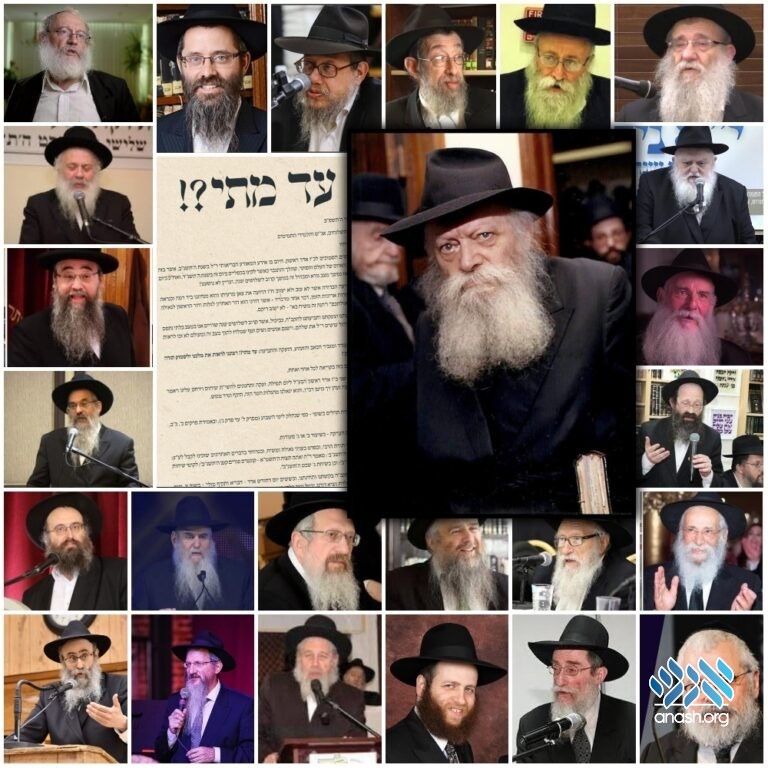 As we approach thirty years from Chof Zayin Adar, Shluchim, Rabonim & Mashpiim from around the world have called to set aside the day to add in Torah, Teffila & Tzedaka to bring Moshiach.

As we approach thirty years from Chof Zayin Adar, Shluchim, rabbonim and mashpi’im from around the world have called to set aside the day to add in Torah, Tefila and Tzedaka to bring Moshiach.

The letter of the rabbonim was written bhashgacha protis hours before the onset of war in Ukraine. Now, as we pray for the safety of our brethren in Ukraine, the content of their letter takes on an extra urgency, as we Daven for the only true & ultimate salvation when we will see the Rebbe again in his full glory.

The rabbonim called to A) Increase in saying Tehillim, especially as it is divided for the days of the week – for Monday from perek 30 to 50, and perokim 20, 22, 69, 120, 150.
B) To add in tzedaka – the amount that would normally be spent on two or three meals.
C) To increase in studying the Rebbe’s Torah, especially inyonei geulah umoshiach, and especially the last Torah we heard and received from the Rebbe; namely the Sicha of Vayakhel 5752, ma’amar V’atah Titzaveh, the Likkutei Sichos given out for Shabbos Vayakhel 5752, and the Sicha of 3 Shvat 5752.

The letter is signed by:
Rabbonim & Shluchim