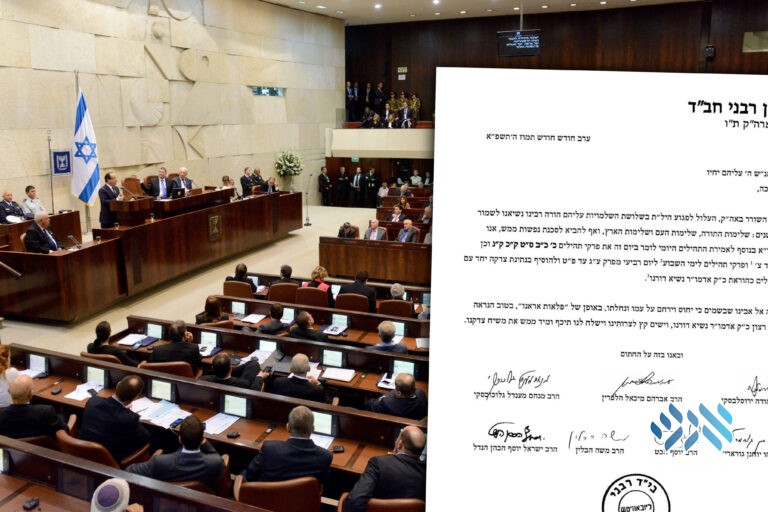 In light of the grave threats to security of Eretz Yisroel, Beis Din Rabbonei Chabad of Eretz Yisroel called for a day of tefillah, asking Anash around the world to recite extra Tehillim.

Beis Din Rabbonei Chabad of Eretz Yisroel is calling for a day of tefillah, asking Anash around the world to recite extra Tehillim for the spiritual and physical safety of our brethren living in Eretz Yisroel.

“In light of the situation prevailing in Eretz Hakodesh, which may G-d forbid result in grave harm to Shleimus haTorah and Shleimus Haaretz and Shleimus ha’am, and can even lead to literal sakanas nefashos, we call on everyone to add in reciting Tehillim,” they wrote.

According to a report Monday in Yisrael Hayom, sources in the incoming government have told senior officials in the Biden administration that they plan to renew final-status talks with the PA on the basis of the two-state solution as soon as the new government is formed.

Earlier this week, Harav Yitzchok Yehuda Yeruslavsky, rov of Nachlas Har Chabad, sent a personal letter to the seven Knesset members of the Yemina party, urging them to thwart the formation of the emerging left-wing government.

“This act is a grave danger to the entire Jewish people in every sense and will be a catastrophe for generations to come. It will be impossible to halt the negative consequences of this move once the government is sworn in,” Rabbi Yeruslavsky wrote.

Although Chabad Rabbonim generally refrain from engaging in politics, Rabbi Yeruslavsky says that he acting based on the Rebbe’s clear instructions to prevent the establishment of a left-wing Peres government in 1990.