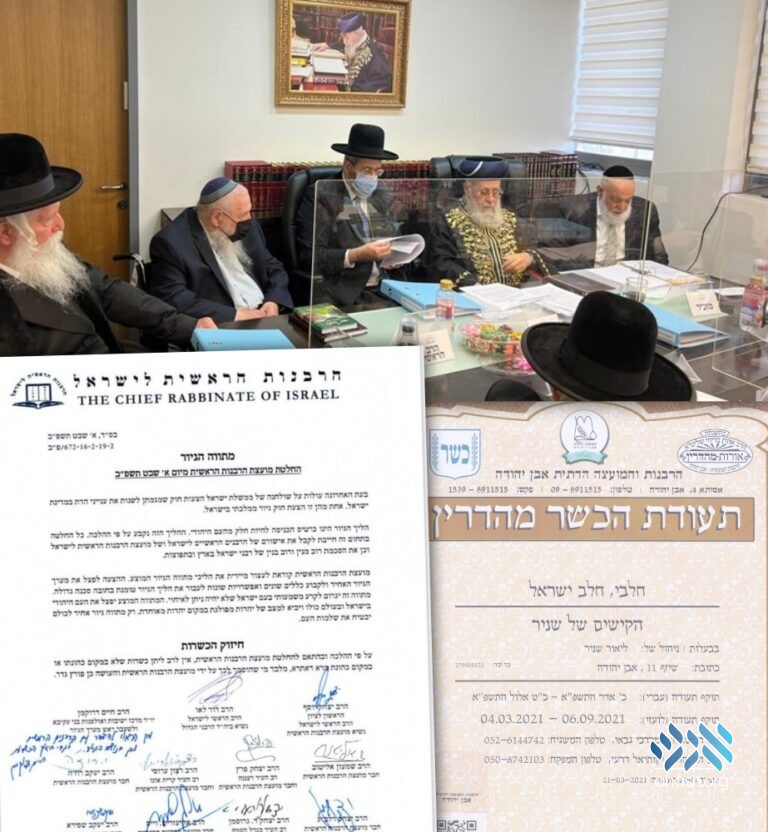 Israel’s new Kashrus overhaul that allows any rabbi in Israel to certify a food establishment anywhere else in the country, has Rabbonim warning of a severe reduction in kashrus standards.

The first stage of Israel’s kashrus overhaul went into effect on Sunday morning, allowing any rabbi or religious council in Israel to certify a food establishment anywhere else in the country.

Until now, an eatery’s kashrus could only be certified by a local rabbi ensuring close oversight of the food industry. Under the new plan, the Chief Rabbinate will also no longer be the sole provider of kashrus certification, and will instead serve as a regulator for a number of independent kashrus organizations, which will provide certification to restaurants and products.

Opponents of the reform – including the Chief Rabbinate itself – are warning that the new system will lead to more leniencies and loopholes as restaurants will go “hechsher shopping” for a lenient and far-away kashrus supervision.

Recently, an in-depth study by ‘Kosharot’, an Israeli non-profit that seeks to raise kashrus awareness among consumers, revealed that most businesses that left the chief rabbinate’s kashrus system and switched to private kashrut did so not because they were offered cheaper prices, but because they did not meet the basic kashrus requirements set by the rabbinate.

Leading Israeli Rabbonim have responded to the change by accusing the kashrus reform backers of wanting to sow “destruction and devastation in the walls of kashrus,” and wanting to create disputes among the Rabbanim and pitting them against each other.

In two years the next stage of the kashrus reforms will go into effect, allowing fully private organizations to provide kashrus supervision services.