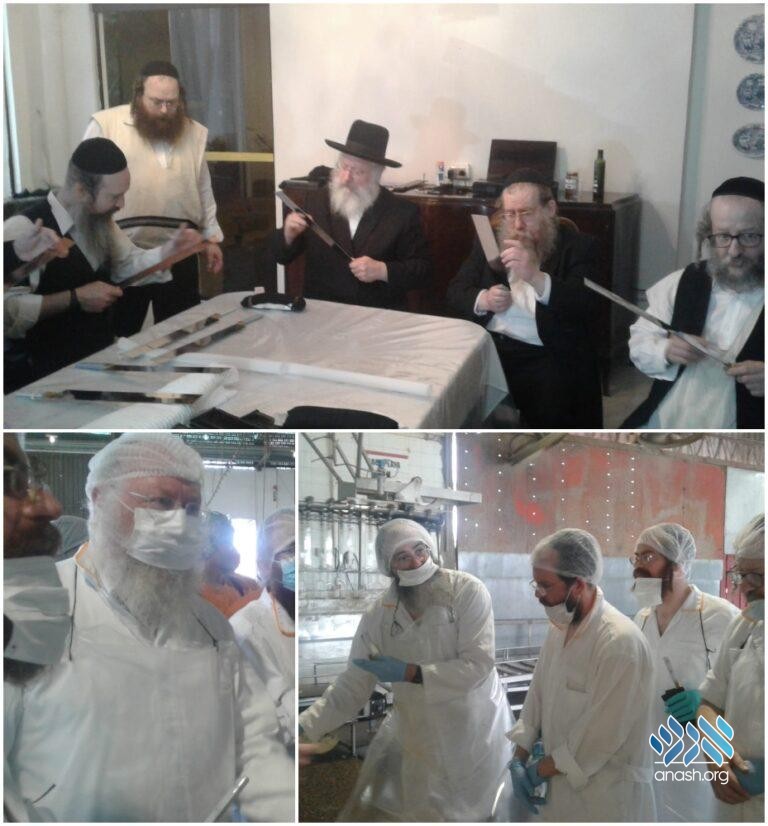 Harav Aizek Landau, rov of the city of Bnei Brak, joined other rabbonim and shochtim who flew to Paraguay to shecht for the local shliach Rabbi Levi Feigelstock and for export.

A kosher meat production was held this week in Paraguay, with the participation of rabbonim and shochtim from Eretz Yisroel.

Overseeing the process were the two rabbonim of Bnei Brak, Harav Aizek Landau and Harav Shevach Tzvi Rosenblat. Accompanying them were a group of shochtim who had flown in as well, including long time shochet Rabbi Matisyahu Brandwine.