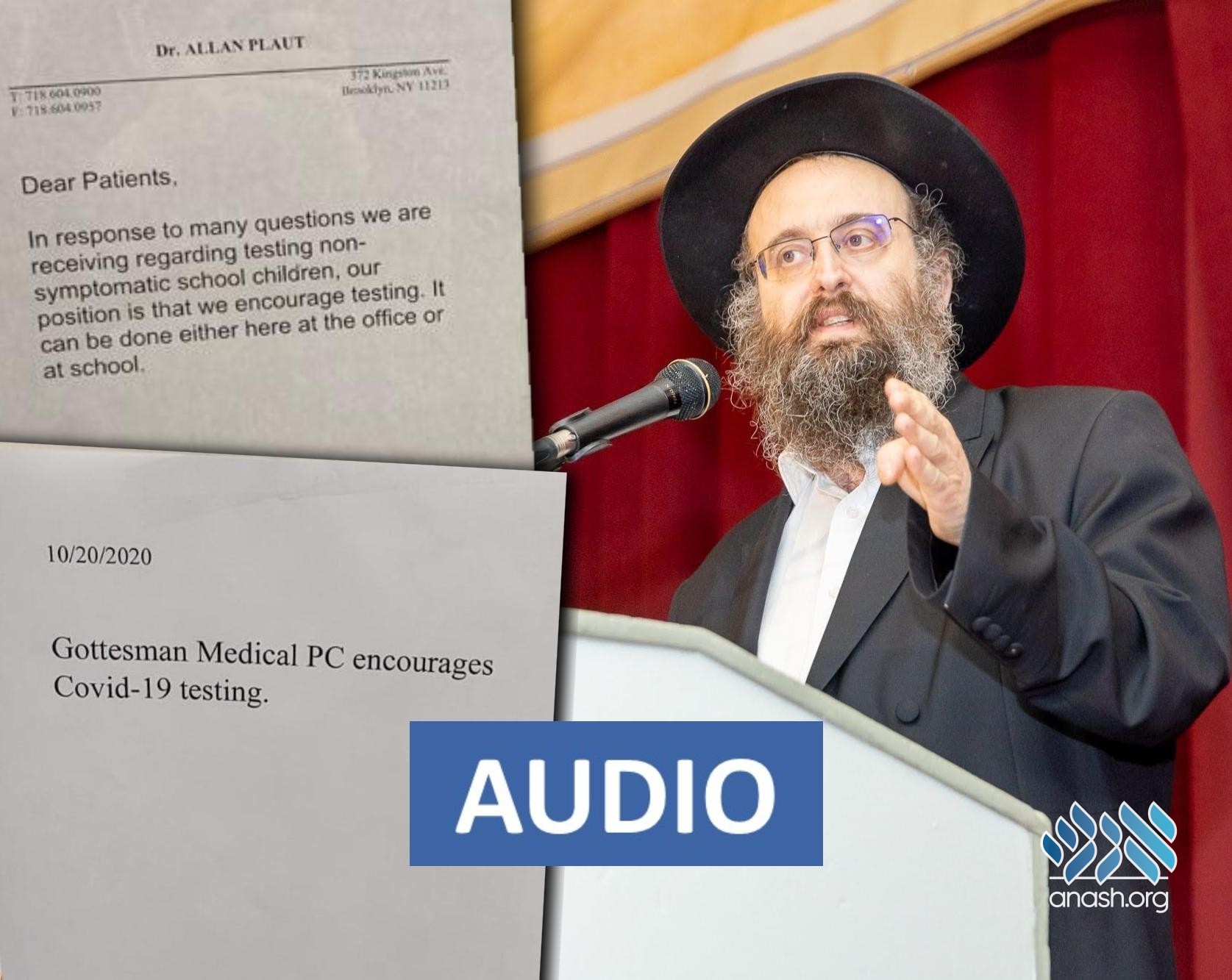 As New York City is plagued by a second wave of coronavirus, Rabbonim and community doctors shared their opinion on community-wide mass testing efforts.

As New York City is plagued by a second wave of coronavirus, Rabbonim, askonim, and community doctors have weighed in on community-wide mass testing efforts.

Proponents of the proposal hope that frequent mass testing will help reduce community spread by isolating asymptomatic virus carriers. Additionally, a high rate of testing would ensure that the percentage of positive results would remain low.

Similar efforts have been set up in frum communities affected by the second wave. Mass testing practices were instituted in Lakewood, Williamsburg, and Borough Park, encouraged by a wide range of Rabbonim, doctors, and activists from nearly every sector.

As children headed back to schools after Yom Tov, Crown Heights mosdos decided in support of community-wide testing. In letters to the parent bodies, school administrators wrote that after consulting with askonim in the Crown Heights community and beyond, and after studying the data, the only option to keep the mosdos open is to test as many individuals as possible, which will hopefully show low numbers.

To achieve this goal, Crown Heights schools required parents to sign a waiver allowing a third party to administer the tests in the schools for children to return to school after yomtov. Children who did not bring a signed waiver were barred from entering the school.

In a recent message to the community, Harav Yosef Braun, member of the Crown Heights Beis Din, expressed his support for the widespread testing initiative to ensure that schools aren’t closed a second time.

“Our schools are open now with mesiras nefesh and are under threat of being closed down, and no one wants to see that,” Harav Braun said. “When it comes to Limmud HaTorah, we do things even if they are difficult for us, and even to the point of mesiras nefesh.”

Harav Braun also explained that the question whether to test or not is not a medical or halachic question, but rather one of askonus, and should be deferred to the community activists who do the proper research and make a decision based on that.

Local Crown Heights doctors are also in favor of community-wide COVID testing. Notices were hung at the offices of Dr. Allan Plaut and Dr. Avraham Gottesman respectively, write that they are encourage testing.

“If the enemy is near your door, you need to defend yourself. Yes it’s a little inconvenient but would you want to wait till you have the disease and then worry about the treatment? Or to give the germ the chance to multiply? That is why I am in favor of whatever testing you do, trying to do our best to eradicate the epidemic at its roots.”

Anash.org reached out to the Gedalya Society for a comment on the matter. A representative of the society responded that “[the testing] is a project of the askanim and we are not involved.” This would seem to be in line with the statement of Harav Braun that the question is not a medical one, but one of askanus.