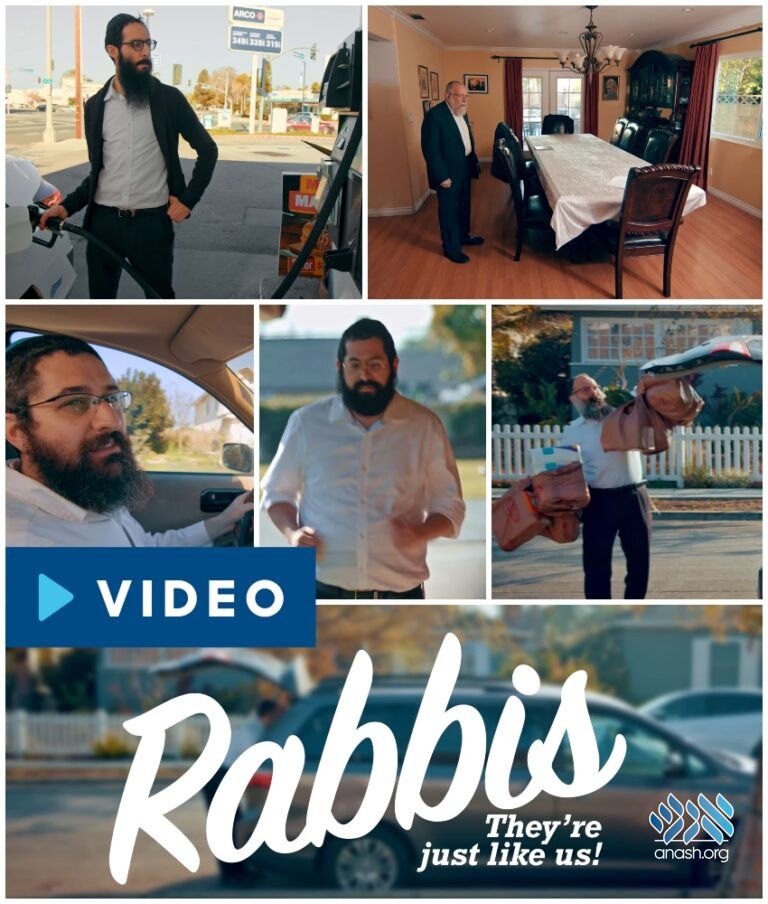 A good-natured comment by Long Beach shliach Rabbi Yitzchak Newman at a chassidishe farbrengen had an effect that went far beyond the shul walls, and even resulted in a viral video…

Some time in the not too distant past, the long-serving Shliach head of the Hebrew Academy Chabad in Huntington Beach California Rabbi Yitzchak Newman decided to join his shul’s (Congregation Lubavitch of Long Beach) Kiddush club for a Chassidishe farbrengen.

Rabbi Newman’s presence added a degree of wisdom and inspiration to those in attendance.

As is usually the case at a Chassidishe farbrengen, not only did Rabbi Newman inspire others, but he himself ended up being inspired. This particular farbrengen, Rabbi Newman sat next to Aron Fried, a creative filmmaker and a proud alum of the Hebrew Academy.

Over the years, Rabbi Newman had expressed the challenge of conveying to perspective parents that Rabbis are regular people just with a passion for Jewish education. This is important because some families are intimidated by the beards as they visit the school campus.

Realizing that the visual message can be more impactful than the written or spoken word, on this Shabbos he turned to Aron Fried and threw down the gauntlet, and asked, “Aron, when will you use your talents and make a video for your school?” Aron responded brilliantly, “I’ll accept the challenge if you make Kiddush on mashke and farbreng!” And so the deal was sealed.

Not long afterwards, the social media campaign was born and the rest is history as they say – the video went viral. In fact, one of the staff posted it on their page and within one hour it had 23,000 hits. More importantly, it resulted in precious inquiries to enroll more community kids into the school.

This all just goes to show, that you never know what can transpire when Jews get together for a Chassidishe Farbrengen. Enjoy and look out for the sequel…