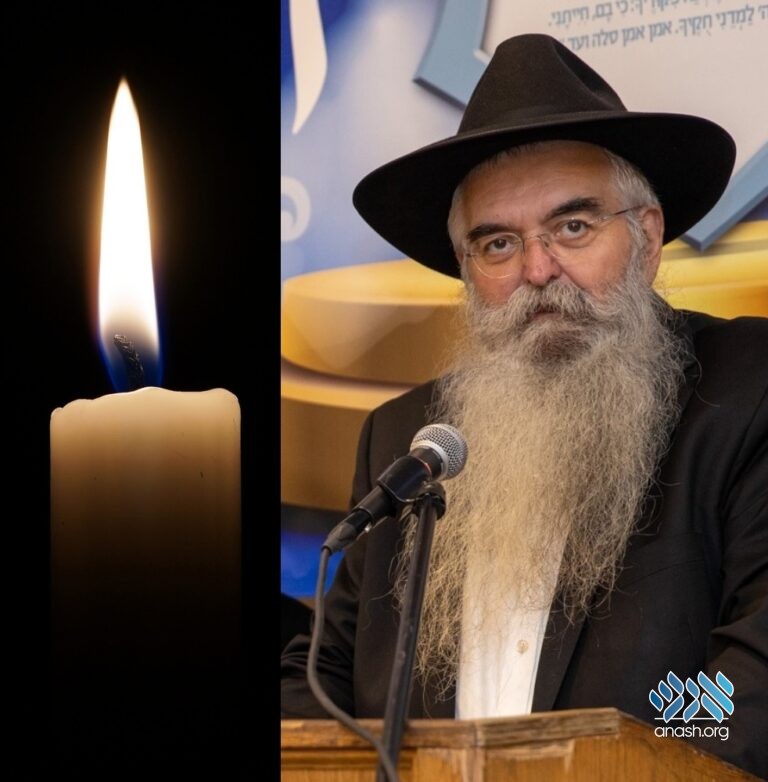 Rabbi Zushe Wilhelm, a renowned talmid chochom and author of seforim who taught Torah to bochurim and adults, passed away on Wednesday night, 4 Shvat. Update: Levaya on Thursday at 1:00 PM.

Rabbi Zushe Wilhelm, a renowned talmid chochom and author of seforim who taught Torah to bochurim and adults, passed away on Wednesday night, 4 Shvat, 5782.

He was 62 years old, and battled an illness in recent months.

Rabbi Wilhelm was born to R’ Avrohom Dovid and Rivka Wilhelm, and was named Yeshaya Zushe after his great-grandfather, Harav Yeshaya Zushe Shubov, a renowned chossid who served as a rov in Moscow under the communist rule, and was known as ‘the Boider Rov’.

After studying in Oholei Torah Yeshiva in Crown Heights, Zushe was sent in 5740 with a group of talmidim hashluchim to Caracas, Venezuela. In 5741, he returned to New York, where he continued his diligent studies in the Central Yeshivas Tomchei Tmimim in 770.

Following his marriage to his wife Esther Sperlin, the couple spent several years serving as Shluchim in Panama, facilitating the growth of the local Jewish community.

Upon his return to New York, he was appointed as a magid shiur in Yeshivas Tomchei Tmimim in Ocean Parkway. A short while later, he was chosen to lead Oholei Torah Mesivta.

For 32 years, he served as menahel of the Mesivta, showing the students a living example of a love for Torah and educating generations of talmidim. Many of his students are now serving as Shluchim, Rabbonim, and members of Anash the world around.

Rabbi Wilhelm authored a number of seforim, including Ziv Hasheimois – a work which details the halachos and customs of giving a name, a sefer which was eventually translated into numerous languages. He also authored a Yiddish translation for Siddur Tehilas Hashem and Hagada Shel Pesach, as well as translations for many works of Chassidus and other seforim.

Every week, he would publish a weekly publication titled “Yesh Litmoah”, which included trivia questions on the Parsha and time of the year, a publication which was loved by its many readers around the globe.

Two years ago, he founded the American branch of the now well-known Lemaan Yilmedu organization, which provides Anash the opportunity to learn Yoreh Deah with a thorough, down-to-earth curriculum. Hundreds of members of Anash have joined the course over the years.

He was predeceased by his sister, Mrs. Raizel Wolvovsky, six weeks ago.