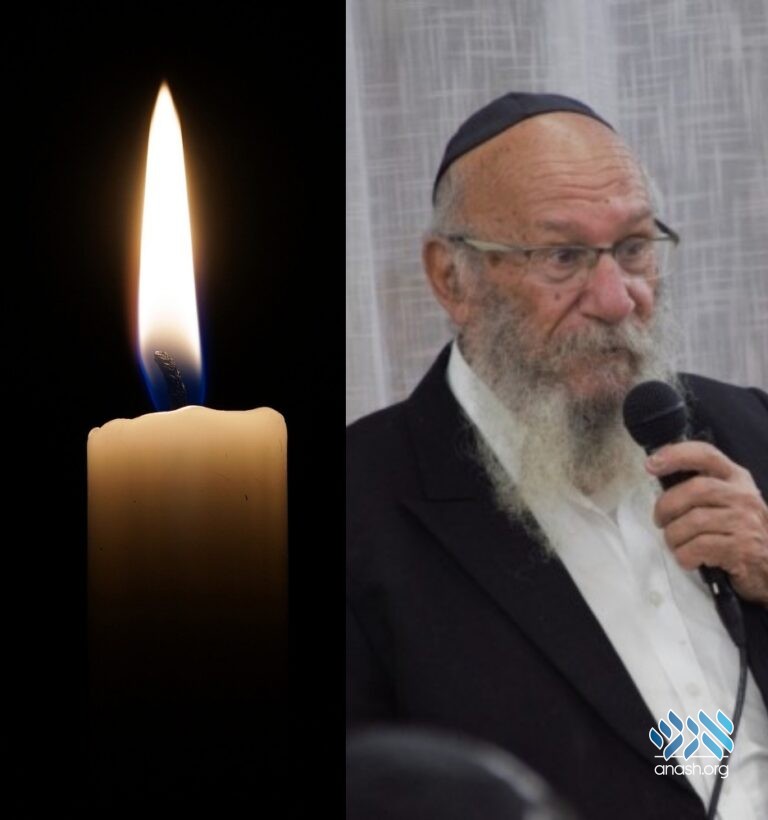 Rabbi Zushe Posner, who was sent by the Rebbe as a shliach to Eretz Yisroel and later became a renowned mashpia, educating countless Chassidim in his unique style, passed away on Friday, 12 Shvat.

Rabbi Zushe Posner, who was sent by the Rebbe as a shliach to Eretz Yisroel and later became a renowned mashpia, educating countless Chassidim in his unique style, passed away on Friday, 12 Shvat.

He was 85 and had recently battled an illness.

Born in 5696 to Rabbi Shalom and Chaya Posner. As a youngster, he learned in Tomchei Temimim then located at the corner of Bedford Avenue and Dean. He merited to enter yechidus by the Frierdiker Rebbe.

In 5716, following the terrorist attack in Kfar Chabad that left four students and their teacher dead, he was sent by the Rebbe to Eretz Yisroel for the first time.

The attack shocked and traumatized the residents of the village, and the Rebbe sent a group of 12 Shluchim to comfort and encourage them. While the other members of the delegation returned to Crown Heights, Rabbi Posner received an instruction from the Rebbe to remain in the Holy Land.

Two years later, he returned to the United States for his sister’s wedding. The Rebbe then instructed him to return to Eretz Yisroel and begin teaching in the Reshet Oholei Yosef Yitzchok network of Chabad schools.

Before departing on his new shlichus, Rabbi Dovid Raskin, the head of the Chabad Youth Organization organized a farewell farbrengen in 770, where several of the students got together to share a few words of Torah and encouragement.

About an hour in, the Rebbe entered and joined the farewell farbrengen. The Rebbe urged all of the students that they should take upon themselves the mission of spreading Yiddishkeit throughout the world and to do so happily.

He was later appointed as a member of the administration of the Central Yeshiva Tomchei Tmimim Lubavitch in Israel, and mashpia in the Chabad Yeshivos in Lod and Bnei Brak.

During his farbrengens, Reb Zusha spoke bluntly about doing what’s right and not trying to be holy or impress. He would ridicule the use of chassidishe slogans which people use to promote the standing or themselves or their group.

In recent years, Rabbi Posner moved to Kfar Chabad, where he served as a mashpia in the Raichik Shul.