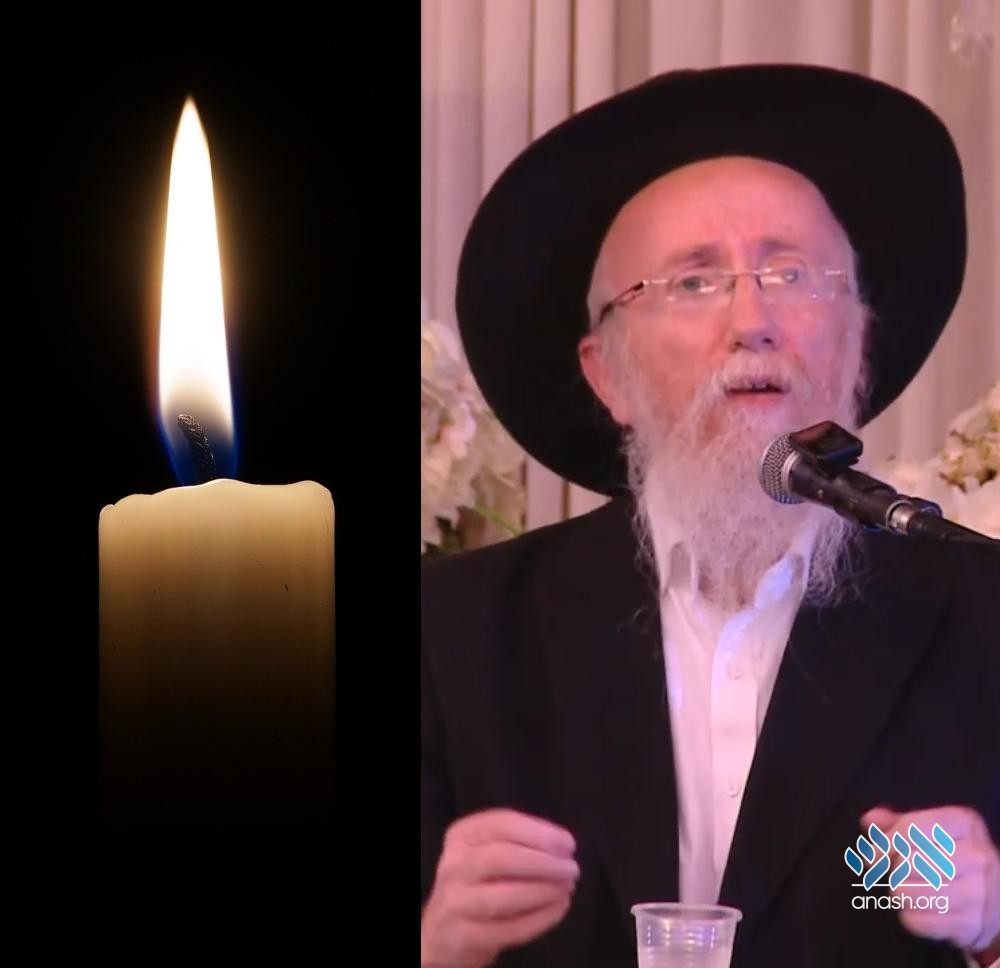 Rabbi Zalman Notik, who served as a mashpia in the yeshiva in Rishon Letzion and in the Chabad community in Yerushalayim, and was mentor to thousands around the world, passed away after an extended battle with leukemia.

Rabbi Zalman Notik, who served as a mashpia in the yeshiva in Rishon Letzion and in the Chabad community in Yerushalayim, and was mentor to thousands around the world, passed away on Sunday, 7 Cheshvan, 5781.

He was 52 years old, and had battled leukemia in recent years.

Rabbi Notik was born to his [parents, Rabbi Yaakov and Channa Notik on 20 Teves, 5729, in Samarkand, Uzbekistan, which was then part of the Soviet Union.

When he was two years old, his parents immigrated to Eretz Yisroel. As a bochur he learned in Yeshivas Tomchei Tmimim in Lod. He later continued learning in the Yeshiva in Kiryat Gat where he was taught by the mashpia Rabbi Zushe Alperowitz.

In 5749 he traveled to spend a year by the Rebbe as part of the kevutza group, and upon his return to Eretz Yisroel, he served as a shliach in the Yeshiva in Kfar Chabad.

In 5750, he met his wife, Mrs. Nechama Freiman, daughter of Rabbi Meir Freiman, and they got married later that year. In 5751, acting on the Rebbe’s instruction to him. he began to serve as a mashpia in Yeshivas Toras Emes in Yerushalayim. In 5753, the yeshiva closed, and he began giving shiurim for Russian speakers. Upon the reopening of the yeshiva the next year, he resumed teaching there.

In 5771, he began serving as a mashpia in the Yeshiva in Rishon Letzion, and in 5779, after the passing of Rabbi Levi Ginsburg, he was appointed as head mashpia there.

Rabbi Notik also delivered shiurim in many locations in Yerushalayim and across Eretz Yisroel, and wrote many articles on topics of chinuch and Moshiach. He advised many people on matters of chinuch and shalom bayis, and was a beloved mentor to thousands around the world.

In recent years, Rabbi Notik battled leukemia and had to be hospitalized numerous times. Even from his hospital room, he continued to encourage others. Before this past Simchas Torah, he sent a message from his hospital room to his students, family and friends, saying that he was on shlichus in the hospital, and asking them to dance and rejoice on the Yom Tov in his merit.