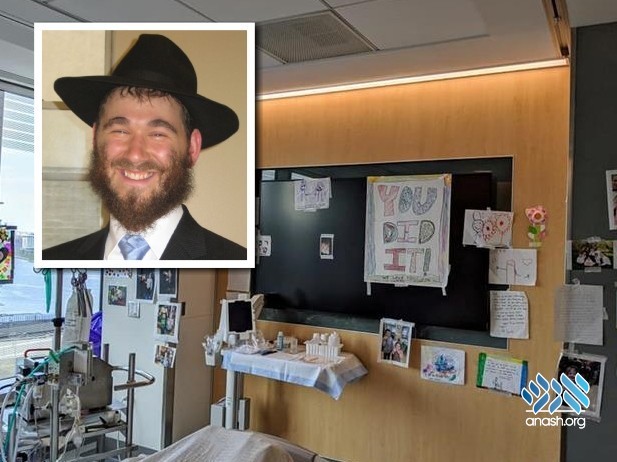 Nearly five months after he was hospitalized with coronavirus, Rabbi Yudi Dukes began breathing on his own for the first time since contracting the illness.

Nearly five months after he was hospitalized with coronavirus, Rabbi Yudi Dukes began breathing on his own for the first time since contracting the illness.

Mrs. Sarah Dukes shared the good news with her followers on Facebook yesterday. “After four and a half months,” she wrote. “Yudi began to breathe on his own. Hodu LaHashem ki tov! May the open and revealed miracles just continue and continue!”

Yudi, the director of JNet contracted coronavirus close to five months ago. After a week bedridden at home, when he could barely talk, he was hospitalized. His condition continued to deteriorate. After his lungs collapsed, he was placed on an ECMO machine to provide respiratory support. Since then, people around the world have been davening and doing additional mitzvos for him.

In recent weeks, his condition took a turn for the better, and he slowly began recovering, albeit at a slow pace. This week he was finally decannulated and is now breathing on his own.